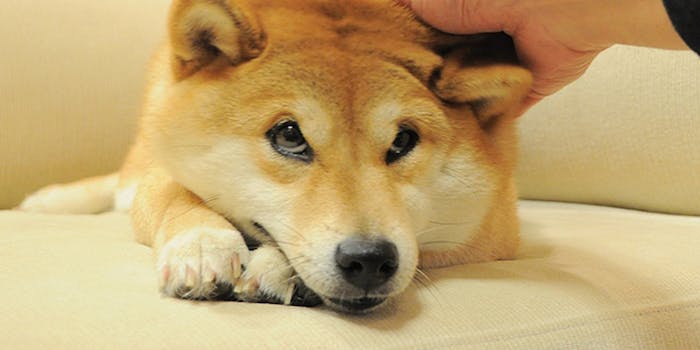 "I know I have f**ked up on a catastrophic level."

The bizarre truth is just as critics have long whispered: The founder and CEO behind the popular Dogecoin exchange service Moolah misled investors, the public, and even former employees about his name.

“Alex Green” is just the name he gave himself—a legal change, he says—before creating the company, which, as shown in a Daily Dot investigation in July, solicited more than 750 BTC ($290,000 by today’s exchange rates) in investment money from Dogecoin enthusiasts.

He was previously known as Ryan Kennedy, he admits in a recent blog post. And before that, according to name-changing documents obtained by Cryptocoinsnews and multiple people who tell the Daily Dot that they knew him as a fellow student at City College Plymouth, in the U.K., he was known as Ryan Gentle.

This comes at a rough time for Green, which, for the sake of clarity, is the name we’ll use for him for the remainder of this story. He announced bankruptcy on Tuesday. He says that user accounts he has control over are “bleeding funds” because they are currently being hacked, though his longstanding critics are quite skeptical why some users can’t access their money. Dan Wasyluk, team manager for Syscoin, another cyrptocurrency, told the Daily Dot on Friday that his company has served papers to sue Moolah for not returning 750 BTC that Green had held in escrow.

Multiple former employees, including Moolah COO Landon Merrill, have written online screeds saying he misled them. Another, Eoghan Hayes, described him as a “comic book villain.” Both of them knew that he answered to “Ryan”; Hayes had even seen Green’s passport, which named him as “Ryan Kennedy,” though other employees told the Daily Dot that they were shocked to learn there was discrepancy about his name.

“I know sorry isn’t good enough,” Green wrote on his blog. “I know I have fucked up on a catastrophic level. There should have been better procedures in place.”

Green didn’t explain what those procedures were, though, or who else should have implemented them.