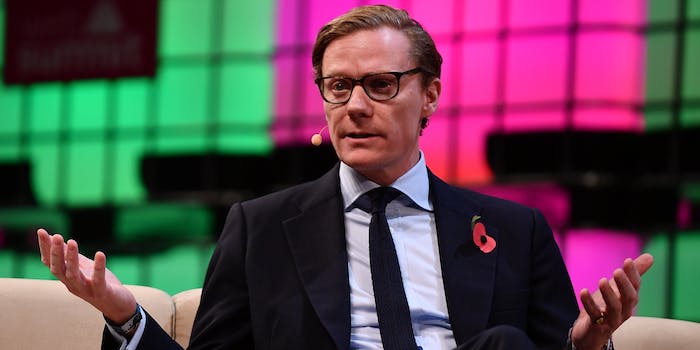 Two Democrats on the House Intelligence Committee are accusing Cambridge Analytica CEO Alexander Nix of misleading them when he denied in his testimony that the firm had obtained the personal data of millions of Facebook users.

Nix’s testimony has not been made public, but Reps. Mike Quigley (D-Ill.) and Joaquin Castro (D-Texas) told BuzzFeed News that Nix could face charges for lying to Congress.

It was revealed recently, contrary to Nix’s reported testimony last year, that Cambridge Analytica had improperly acquired the records of more than 87 million Facebook users.

Whistleblower Christopher Wylie explained how data was collected using personality quiz app called “thisisyourdigitallife,” developed by Cambridge University academic Aleksandr Kogan, and in violation of the website’s terms, the data was sold on to Cambridge Analytica. Not only was the personal data of the participant user collected, but data was harvested from friend accounts linked to that user as well without their knowledge.

“His testimony was at odds with the truth,” Quigley told reporters.

According to notes from the still-secret hearing seen by Buzzfeed News reporters, Nix said that his firm had not acquired bulk user data through Facebook nor had it used other third-party data.

“Cambridge Analytica has not been honest with us,” Castro said. “Charges should be pursued against [Nix].”

“We need to understand how Cambridge Analytica acquired all the data from Facebook, whether they shared it or sold it to third parties, and how they used it, including its use with any political campaigns,” Castro added.

The scandal broke on March 20, and Nix was suspended from his position after a British news channel showed footage of him proposing an entrapment scheme against a politician.