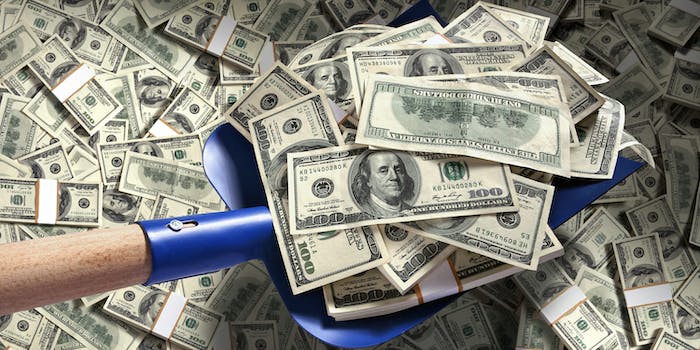 House Democrats rolling in cash ahead of 2018 midterms

House Democrats have raised more money in five months than they did in all of 2015.

Democrats in the House of Representatives have already raised more money this year for the 2018 midterm elections than they did in all of 2015, NBC News reported Thursday.

The Democratic Congressional Campaign Committee (DCCC) has raised $20 million in online contributions this year, according to the report, beating the $19.7 million raised in 2015.

The money will come in handy as House Democrats look to win back 24 seats in an effort to control the chamber after 2018.

“The DCCC is actively building the largest battleground in a decade, and that’s a testament to the grassroots energy that we’re witnessing every day, in every corner of America,” DCCC Spokesman Tyler Law told NBC News. “Our record-smashing grassroots, online fundraising haul is further evidence that House Democrats are on offense while Republicans are in a full meltdown.”

The Democrats have also seen 2.2 million people join email lists and 156,000 new donors, according to the report.

Contributions are averaging around $18 since the start of the year, NBC News reported.

House Democrats certainly have enjoyed a number of Trump administration and legislative issues that are sure to energize the liberal base.

While Trump’s administration continues to roil in controversy surrounding the Russia probe, House Republicans have also started their effort to repeal and replace the Affordable Care Act, Trump has signed legislation that allows states to deny funding to Planned Parenthood, and Attorney General Jeff Sessions has ordered tough sentences for drug offenders—all of which have drawn fierce criticism from liberal voters.