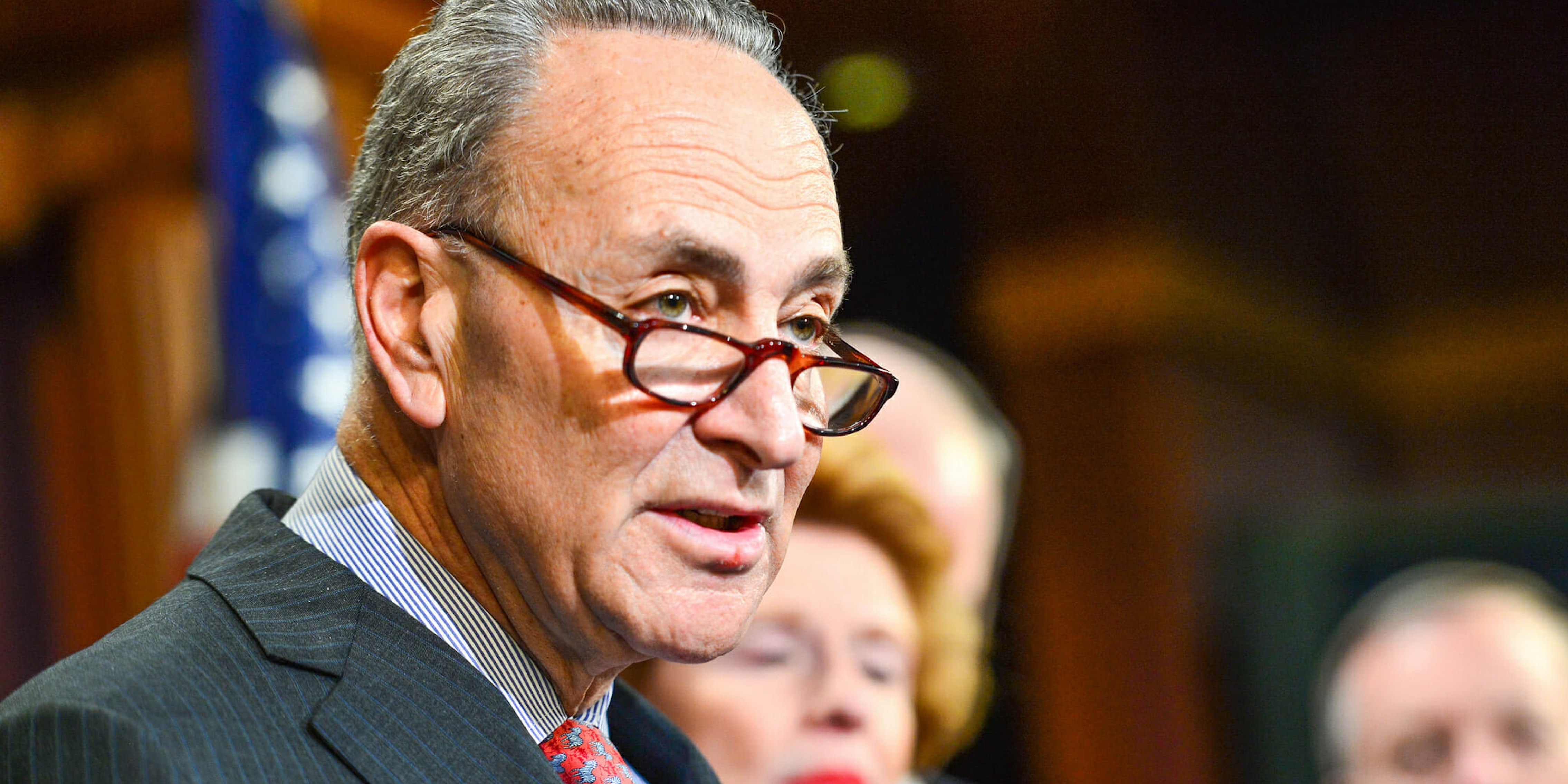 They're vowing to fight, but will they?

SCHUMER: “I will oppose Judge Kavanaugh’s nomination with everything I have, and I hope a bipartisan majority will do the same. The stakes are simply too high for anything less.”

Schumer has been under fire from his base who want Democrats—who infamously caved on DACA and the government shutdown fight—to stand strong against the president’s nominee.

In his statement, Schumer said that blocking the nominee could lead the president to pick a more moderate choice (like former nominee Merrick Garland, whom Schumer asked Trump to pick).

Schumer also addressed the issue of reproductive rights in his statement, saying Trump, in nominating Kavanaugh, picked someone who would willingly put Roe v. Wade on “the chopping block.”

Schatz in his statement also took issue with another part of the president’s decision making process: that he was using a list pre-approved by the Federalist Society, a staunchly conservative think tank.

Still other Democratic senators issued strong statements against Kavanaugh—as well as the Senate moving on the matter—on Twitter.

Whether or not the Supreme Court enforces the spirit of the words "Equal Justice Under Law," is determined by the individuals who sit on that Court. Brett Kavanaugh represents a fundamental threat to that promise of equality. I will oppose his nomination to the Supreme Court.

I stand by my pledge to vote no on President Trump’s nominee, because the American people deserve the opportunity to make their voices heard in November about this lifetime appointment.

.@MarkWarner: ‘grave concerns’ that #Kavanaugh is ‘not the right pick’ for SCOTUS. Still, #Va Democratic senator vows to examine nominee’s record. But, ‘I cannot and will not support a nominee who would take this country backwards.’

Schumer, Schatz, Harris, Gillibrand, and others have the difficult task of keeping all 49 Democratic senators in lockstep, which maybe not be as strong a bloc as they hope. Sen. Doug Jones (D-Ala.) said he could see himself voting for Trump’s pick.

In addition to keeping his members in line, Schumer needs to finagle two “no” votes out of Republicans to sink Kavanaugh.

When Kavanaugh was approved in 2006 to the U.S. appeals court, four Democratic senators voted in favor of him. One, Tom Carper (D-Del.), remains.

Carper had not released a statement about Kavanaugh as of press time.