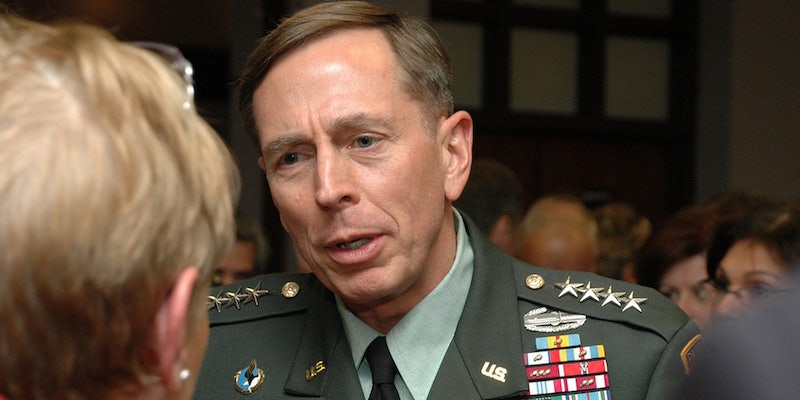 Gen. David Petraeus, one of the military’s most decorated recent figures, may face felony charges.

The Justice Department and FBI announced Friday that prosecutors have recommended charges be brought against Petraeus for alleged breaches of national security carried out during his time as director of the CIA. The agencies say they found that the retired four-star general shared classified information with his former mistress, Paula Broadwell.

It is now up to outgoing Attorney General Eric Holder to seek an indictment. Robert Barnett, Petraeus’s lawyer, declined to comment Friday.

Whether or not Petraeus caused threats to national security remains unclear. However, the investigation concluded that Petraeus was responsible for significant breaches because Broadwell had access to his CIA email account.

The affair became public when Broadwell sent harassing emails to a Petraeus family friend, which sparked an FBI investigation that revealed she’d been corresponding romantically with Petraues. It also found classified documents on her computer.

The extramarital relationship dates to 2011, shortly after Petraeus began working as the President Obama-appointed director; Broadwell co-wrote Petraeus’s biography, All In: The Education of General David Petraeus. Petraeus resigned in November of 2012 when the affair was uncovered. At the time, he had been married for 37 years.

According to the New York Times, Petraeus is not expected to seek a plea deal. That likely means a professionally and personally intimate public trial is coming.