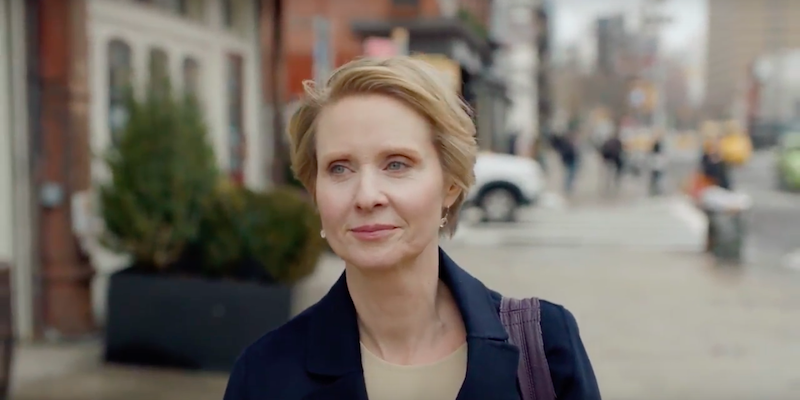 Nixon has already changed the conversation.

Ever since Donald Trump was elected president, the left has been anxiously looking for worthy 2018 challengers to carry the progressive banner. Many didn’t expect that one of the highest-profile challenges to the establishment would come against a fellow Democrat.

With only half a year until midterm elections, Cynthia Nixon, and her candidacy for governor of New York, has emerged as the new face of progressive change in America. Although Governor Andrew Cuomo initially dismissed Nixon’s candidacy, he has begun moving left in hopes of countering Nixon’s insurgency.

It has become obvious to many progressives that enacting their agenda doesn’t just mean taking seats from Republicans. It also means challenging centrist Democrats who have become entrenched in politics of compromise and lip service.

This is especially true of major metropolitan areas and powerful blue states where, often, the Democratic machine is the biggest obstacle to change. California state senator Kevin De Leon is hoping to unseat Senator Dianne Feinstein. NAACP leader Ben Jealous is making a run at Maryland’s governorship from the left. Nixon is attempting to do the same in New York, where Governor Andrew Cuomo runs an incredibly centrist state government, despite what many view as an unshakable Democratic majority.

No matter how Nixon performs on election day, she has already moved the conversation, forcing Andrew Cuomo left on a number of issues.

After Nixon spoke eloquently on the environment, the governor announced a ban on plastic bags. Following Nixon linking the issues of marijuana and criminal justice reform, Cuomo granted parolees the right to vote and changed his stance on legalization. It seems that every day comes with another lurch left from New York’s governor.

After governing as a pragmatic centrist with an agenda more fitting of a blue dog governor in a red state, Cuomo is now fumbling to come up with some progressive bonafides. Nixon has had remarkable success in pushing the governor to the left and inserting herself into the conversation. In the way she has handled her candidacy so far, there are a number of lessons for progressive insurgents who hope to do the same as midterms approach.

It is very difficult to push an incumbent left if people are happy with the status quo. But, if you identify specific issues that reflect a broader ideology, you give people something to connect with. For Nixon, the obvious issue is the New York subway system. The MTA has become the rallying point for Nixon’s argument that Cuomo is no progressive leader.

Plagued by maintenance backlogs and delays, the MTA is incredibly inefficient and its infrastructure gets worse by the day. Furthermore, increased funding for subways has become a political weapon Cuomo loves to wield in his ongoing battle with New York Mayor Bill de Blasio. The subway has become a symbol of austerity, of the tendency of upstate politicians to sell city dwellers short, and of politicians putting politics over people.

Nixon has seized on this, making the subways a marquee issue, and turning what would usually be a tough sell (tax increases) into a winning position (fixing the subway). She has also been caught on video taking the subway, and was (whether by happenstance or gamesmanship) late to an early campaign event because of subway delays.

Even though Cuomo has not yet come up with a plan to fix the subways, this is a point of agitation. As Cuomo scrambled to figure out how to appease progressives without addressing the elephant in the room, the left is picking up a slew of small victories.

Part of the reason that Cuomo has been able to govern from the center is The Independent Democratic Conference (IDC), a splinter group of eight state senators who are elected as Democratic but caucus with Republicans, have become a powerful force in New York politics. Cuomo, who should be the leading liberal voice in the state, ought to be whipping this caucus in line, but instead has often sided with the IDC, much to the chagrin of local Democratic activists.

The IDC has blocked legislation on issues like reproductive rights, immigration, and electoral reform, essentially giving the blue state over to Republican control. Cuomo has been happy to support the IDC while they keep him in power.

The IDC has been a thorn in the side of New York Democrats for years, and Nixon’s candidacy has brought enough attention to the group that it has been forced to disband.

It is certainly no coincidence that the IDC is disbanding just as Nixon has forced the issue. Nixon’s candidacy certainly won’t be hurt by a stronger Democratic caucus, and in fact, it may get her agenda more likely to be enacted.

It came as no surprise to New York progressives that Cynthia Nixon won the endorsement of left-leaning Working Families Party. Nixon has been quick to show her commitment to left-wing causes and the WFP sees in her a kindred spirit. Her focus on issues like single-payer healthcare, immigration, and criminal justice reform has attracted the attention of progressives locally and nationally.

Though an alliance with the WFP seems obvious, it was also a necessary step for Nixon. Unlike many third parties across the country, the Working Families Party enjoys sizable support and power in New York politics. The WFP endorsement means that Nixon’s issues have significant backing, and has caused Cuomo to take Nixon’s challenge more seriously. While some labor unions are breaking with the WFP to stick with Cuomo, the endorsement means that some unions will support Nixon.

As far as the WFP is concerned, they welcome Nixon’s insurgency with open arms. They have characterized their relationship with Andrew Cuomo as a “borderline abusive relationship.” In gaining the endorsement, Nixon has build a foothold for herself in the halls of New York state politics.

“Her campaign team clearly understands the importance of black women and how they’ve been neglected by the Democratic Party writ large, not just by Andrew Cuomo, but at the state, local and national level.” political scientist Christine Greer told Politico last month.

Black voters are some of the most discontent with Andrew Cuomo’s policies and Nixon is aggressively tapping into that displeasure. Marijuana legalization has been a focus of Nixon’s campaign, but not just in the way that establishment Democrats often talk about it as a revenue stream.

Nixon talks about marijuana legalization as a criminal justice issue, specifically tying the incarceration rate of African-Americans to petty drug possession charges. New York City is known for disproportionately targeting black communities with possession arrests, and by highlighting the voters behind issues like these, Nixon has been more effective in pushing Cuomo to the left.

It is no accident that Nixon declared her candidacy in 85 percent African-American Brownsville, Brooklyn. Cuomo has comfortable support in New York suburbs, and among men. Nixon is targeting the inner city, women, and upstate voters who are feeling left behind by Cuomo’s centrist austerity.

This dedication to marginalized communities is already showing results. Cuomo has severely walked back his initial stance against legalized marijuana, when he recently said, “The situation has changed drastically with marijuana. It’s no longer a question of legal or not legal. It’s legal in Massachusetts. It may be legal in New Jersey, which means for all intents and purposes, it’s going to be here anyway…I said it’s a new day; let’s look at the facts.”

It isn’t going to be easy for insurgent progressive candidates to win, but as Cynthia Nixon is proving, it is easier than they might think to have an impact. Nixon has proven that by simply speaking to the communities that aren’t being served by a centrist agenda and bringing together a coalition of voices that are going unheard, a progressive candidate can affect change, even before an election takes place.