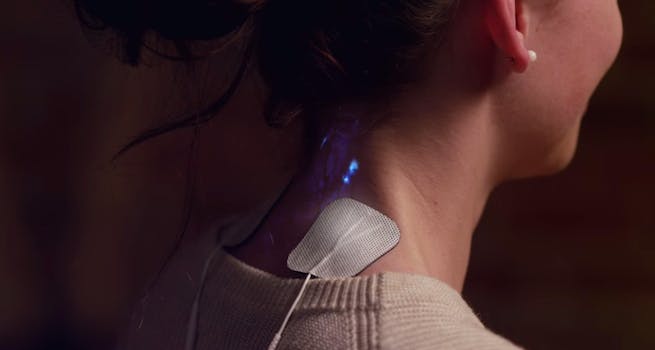 This smart bandage could ease your pain with electricity

Chronic pain sufferers may soon have an app-connected band just for them.

Convincing yourself to actually get up and exercise is sometimes the most difficult part of a workout, but for those with chronic pain, no amount of motivation can make running, walking, or even everyday chores bearable. A new health-minded wearable called Cur wants to turn proven pain therapy into an on-the-go solution that lasts longer than a smear of Bengay and—of course—syncs with your smartphone.

Transcutaneous electrical nerve stimulation, or TENS for short, is a pain relief system that uses electric current to stimulate nerves and sooth acute or chronic pain. It’s been a popular choice for pain sufferers who aren’t keen on painkillers and while there remains some debate over what conditions benefit most from TENS, it’s generally considered to be a safe in most treatment cases.

Unfortunately, a TENS machine you might find in a doctor’s office is usually large, with wired electrodes that would make it a challenge to wear while working out or taking care of daily errands. That’s where Cur comes in.

The Cur band’s creators claim it produces the same type of electrical pulses as the larger machines used by therapists, but in a much smaller form factor. The amount of stimulation the band’s pair of electrodes pump out can be controlled via an iOS or Android app, and the band itself has built-in sensors to monitor how your muscles react to the treatment, adjusting themselves accordingly.

Cur expects to ship its first retail units this coming winter, assuming the band passes FDA review without an issue, and pre-orders are already live. The band is priced at $149. 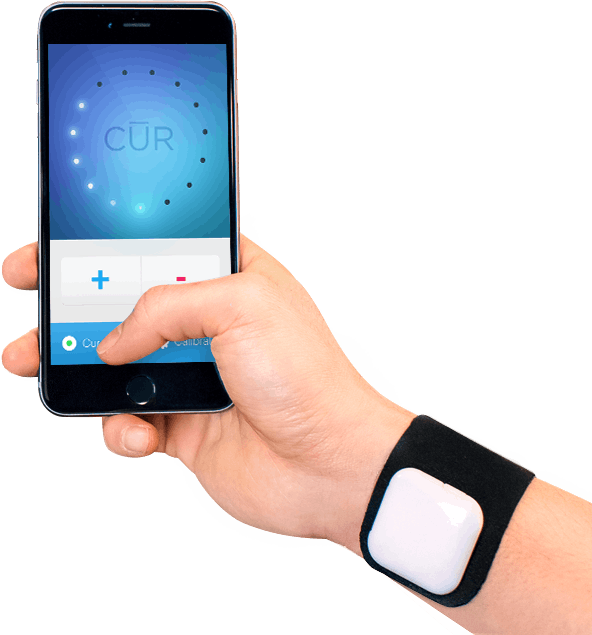 As reasonable as that price may sound, especially when compared to the clinical versions which can cost many times as much, there are even cheaper options out there.

Icy Hot, for example, makes a wearable TENS therapy patch that you can get for less than $30. It’s not “smart” and it’s definitely not as sleek or aesthetically appealing as Cur’s version, but if you feel like testing out TENS therapy before going all-in with Cur, you can do it on the cheap.