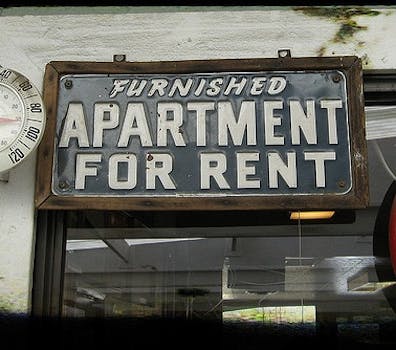 Craigslist drops the banhammer on PadMapper—again

In the latest development of the classifieds saga, Craigslist blocked search engines from indexing its listing.

Craigslist seems to have taken a leaf out of Twitter’s book by restricting third-party access to its listings. As a result, it will be a little more difficult for people to find an apartment through PadMapper.

“At approximately noon on Sunday August 5th, Craigslist instructed all general search engines to stop indexing CL postings — effectively blocking 3taps and other 3rd party use of that data from these public domain sources. We are sorry that CL has chosen this course of action and are exploring options to restore service but may be down for an extended period of time unless we or CL change practices. As soon as we know more, we will share it here and on our Twitter account.”

Before the purported clampdown, 3Taps provided developers with free access to data on Craigslist posts so they could build their own apps and services. The move most prominently affects PadMapper, which offers apartment seekers the ability to look through rental listings on a map display, rather than having to click through endless numbers of individual Craigslist posts.

The fallout has escalated for some time, seemingly coming to a head last month when Craigslist filed a lawsuit against PadMapper and 3Taps over the use of Craigslist data. Among other  complaints, it accused them of breach of contract, copyright infringement, and unfair competition.

Craigslist sent a cease-and-desist letter to PadMapper in June, though the third-party site’s founder, Eric DeMenthon, added Craiglist listings to PadMapper again in early July. He claimed that 3Taps’s service did not violate Craigslist’s terms of use, since it obtained the data indirectly.

However, last week, Craigslist added a new rule for those posted listings, saying that it is the “exclusive licensee” for content in listings. That meant 3Taps and other third-party data providers are effectively banned from using any descriptions used in Craigslist posts.

As Craigslist user HelpfulHadda claimed, “A copy of a copy of the original is still a copyright violation.”

Many apartment seekers found it much easier to seek an apartment through PadMapper than Craigslist’s clunky links for each individual ad. Being able to see exactly where apartments are located at a glance helped them discover which places they wanted to rent more efficiently. User ikalita laid out in a post on Craiglist’s forums why this is especially useful to someone moving to a new city.

“No one would have to do this if your search didn’t suck, Craigslist. You’re only hurting yourself here,” Eric Ravenscraft wrote.

In response to that tweet, @37kyle complained, “that fucking blows. I did notice padmapper looked very sparse yesterday on my apt hunt.”

Another Twitter user was more blunt in his assessment: “Craigslist is now offering a master course in How To Be A Dick.”

It’s not only apartment seekers who are peeved. Craigslist user joshmi wrote that Craigslist’s clampdown makes it much more difficult to carry out multi-city searches.

“The stuff I am looking for is very rare,” joshmi commented. “Typically no more that one or two items will be listed in the entire country. Craiglist is not doing me or the seller a favor by inhibiting 3taps very useful features.”

PadMapper already had a contingency plan in place. In a June blog post, DeMenthon pointed out that he’d been preparing for Craigslist’s banhammer for a couple of years and had added a way for people to post apartment listings directly on his site.

However, it seems like the complaints may not be accurate. a Hacker News commenter suggested that Google still has access to Craigslist posts after all. Perhaps the search engine block was a giant misunderstanding.