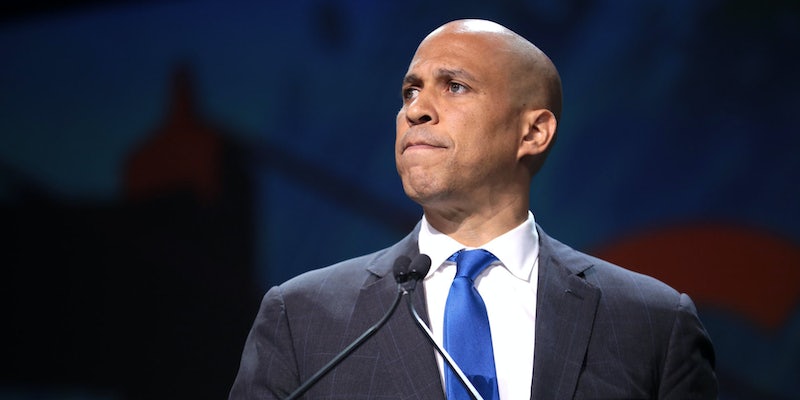 The plan would address a number of climate issues.

“We are facing a dual crisis of climate change and economic inequality,” Booker said in a statement. “Without immediate action, we risk an incredible human toll from disasters, health impacts, rising national security threats, and trillions of dollars in economic losses. To end the real and growing threat of climate change and to create a more just country for everyone, we must heal these past mistakes and act boldly to create a green and equitable future. That’s exactly what I’ll do as president.”

Booker’s plan aims to “accelerate the end of the use of fossil fuels” by ending tax subsidies to the fossil fuel industry, using an executive order to ban new offshore and onshore fossil fuel leases, banning the creation of new fossil fuel infrastructure by 2025, and phasing out fracking, among other things.

We’re facing a dual crisis of climate change and economic inequality—and without immediate action, the toll is unimaginable. But this is a fight I know we can win.

It would also create a “carbon fee” to be paid on fossil fuel sources. Booker said he would ask Congress to work on legislation to create the United States Environmental Justice Fund, which would replace lead water service lines in homes, schools, and daycares, among other climate-focused initiatives.

The plan also calls for planting 100 million trees in urban areas of the United States to reduce air pollution.

Climate change has been the subject of a number of plans by several 2020 Democratic hopefuls including, recently, Sen. Bernie Sanders (I-Vt.) and Sen. Amy Klobuchar (D-Minn.).