A beginner’s guide to cord-cutting tech

Between cord-cutters and old-school cable lovers, there is a new demographic: the streamer.

A new profile has emerged to add to your shopping list for the upcoming holiday season—the streamer.

The streamer is someone who uses the Internet to watch or listen to movies, video of all sorts, online radio, podcasts, and music. Not all streamers fall under the category of cord-cutters—mavericks who are eschewing subscription services such as cable television. Many cable and satellite subscribers use streaming services to complement existing channels, thus expanding their media choices.

And streamers are not necessarily just the younger people on your list. A recent report from Nielsen determined that the amount of time people over 55 spent watching video on their mobile devices and computers rose 55 percent over the first three quarters of this year. Shop accordingly.

To assemble a gift guide for the streamers in your life, we will start with the assumption that he or she will require a soup-to-nuts assortment of gear and goodies to become an avid member of this growing segment of viewers. From the early stages of connectivity to pro-level accessories, there’s something for everyone on this list.

In order to enjoy streaming content, you need wireless Internet access. Do’h. Yes, but in order to avoid buffering (that annoying interruption while slower internet speeds are maxed out), it is smart to buy a cable modem and router that are up to the task of optimizing the high-speed service from your Internet service provider.

Time Warner’s website site lists approved cable modems based on the speed you want. In some cases, customers are required to pay more for higher speed, but we won’t go into that.

For Time Warner, the approved modems to receive up to 300 Mbps (that’s pretty fast) are the Netgear C6300 ($229.99) and the ARRIS/Motorola SB6183 ($129). But that is merely a starter list. My recommendation is to shop online for cable modems. Many will list which services they are approved for, but you can always call your ISP to double check. 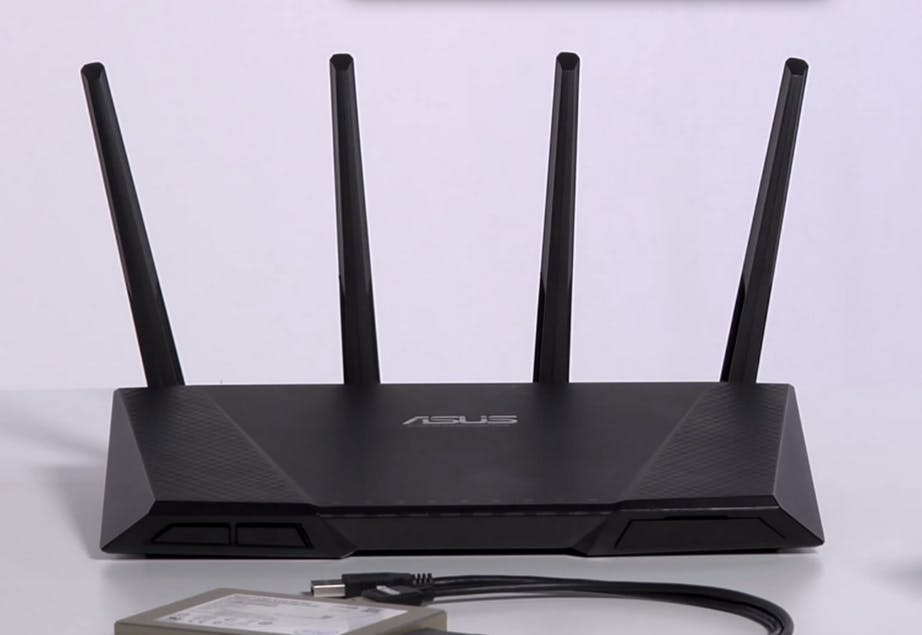 Once you have your cable modem, the next step is the router to provide Wi-Fi connectivity throughout your home. You are looking for a router that is capable of delivering the best throughput, so no matter where you are in your home, you can maintain speeds for an enjoyable viewing or listening experience.

The phrase “streaming box” is something of a misnomer. The current trend, for those streaming content at home, is to make access to Internet-based content as portable as possible. Roku and Amazon, for example, have shrunk their “boxes” down to sticks. A user simply puts the stick into an open HDMI port on the TV and uses a remote control or smartphone-based app to control the device. 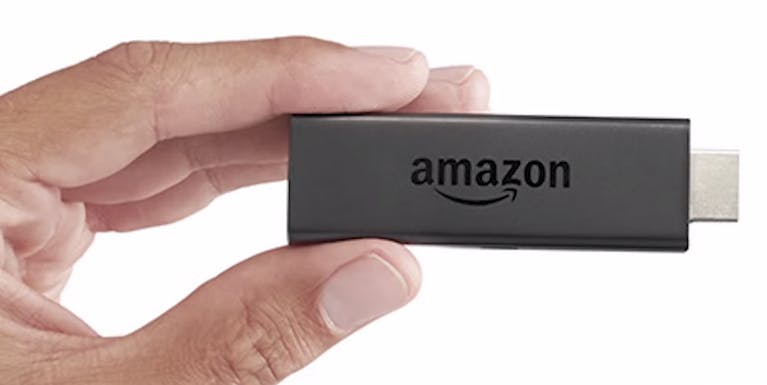 By and large, streaming boxes are containers that host a variety of services some of which are free while others require subscriptions. Many boxes, such as Roku and Amazon Fire, map to services you have on your smartphone or tablet, allowing users to start a Netflix show on a tablet and then resume it in their living room.

I have tried a number of streaming sticks and boxes including the Amazon Fire, Apple TV (first generation), Roku, and Chromecast. Of that group, the Amazon Fire is my pick for its voice-activated remote and the fact that it allows Amazon Prime members access to a wide range of free movies and TV shows.

Before you buy a box or stick for that streamer on your list, think about what sort of content he or she likes. Every box has access to Netflix, Hulu Plus, Crackle, and other high-profile movie/TV services. Most have access to YouTube, allowing you to sync your account to your streaming channel. But for the sports fan in your life, be certain the box you select has access to the MLB At-Bat app for baseball games or the NBA app for pro basketball games, and note that those services require an extra fee.

Every self-respecting streamer will want two (or more) screens. We need a big one for the living room, and that larger-than-life viewing spot should have the sharpest picture available. To be future-proof, go for a 4K television, a breathtaking visual experience that has the ability to show 4,000 pixels on screen compared to 1080p (the most common degree of acuity).

Here is the caveat: Content to view on your home’s 4K screen is somewhat limited these days, but it’s ever growing as these super screens’ sales boom. Hulu, Netflix, Sony, and even YouTube have shows currently available with such hits as House of Cards and Breaking Bad among the current choices. GoPro has a dedicated 4K channel on YouTube, and Sony offers Ultra High Definition movies for its 4K TV. 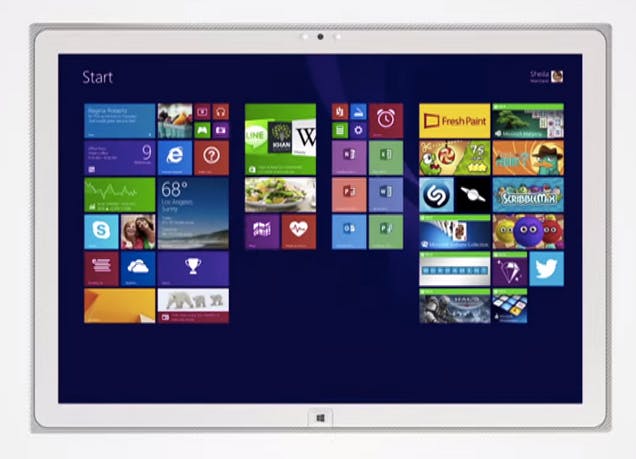 Yes, there are a few 4K tablets on the market, most notably one from Panasonic, but that is in the $6,000-$7,000 range, which is a super luxury given the fact that some of the more popular mobile screens—including the Amazon Fire HDX 8.9, Samsung Galaxy Tab Pro 8.4, and iPad Air 2—all have displays that show in excess of 2,000 pixels. At less than 10 percent of the Panasonic 4K, any of that group (or any that has a 2,000-plus pixel screen) will be more than adequate for a sensational visual experience.

Dialing in the audio

As with screens, that special streamer is going to want two sound options. For the living room, you can go old-school with a DIY surround sound setup that includes floor speakers, a center channel, and a subwoofer. Ballparking that option with two high-end Pioneer floor speakers, the BIC America F12 subwoofer, and a Polk Audio CS10 center channel speaker (all top-rated on Amazon), you’re looking at $650 plus speaker wire and an audio/video receiver capable of handling all that gusto. A Yamaha RX-A3040BL would be a good choice to power your speakers plus whatever else you have in your living room (gaming console, DVD player, etc.), but it’s a budget buster at $2,000. There are plenty of units from Onkyo, Denon, and others for less than half that price that would do just fine. Consider Arcam’s A19 integrated amp—a steal for only $799.

A far more elegant and popular solution is the sound bar—a horizontal speaker that takes the place of traditional floor speakers that require often-complex wiring. They are incredibly simple to set up, and their quality is quickly improving to the level of most traditional speaker setups; as long as your living room is not the size of an airplane hangar, a sound bar will give you more than you need when it comes to great audio. There are tons to choose from, with the VIZIO S4251w-B4 5.1 being a big seller on Amazon. That unit, priced at $239, comes with wireless satellite speakers and subwoofer as an added bonus. 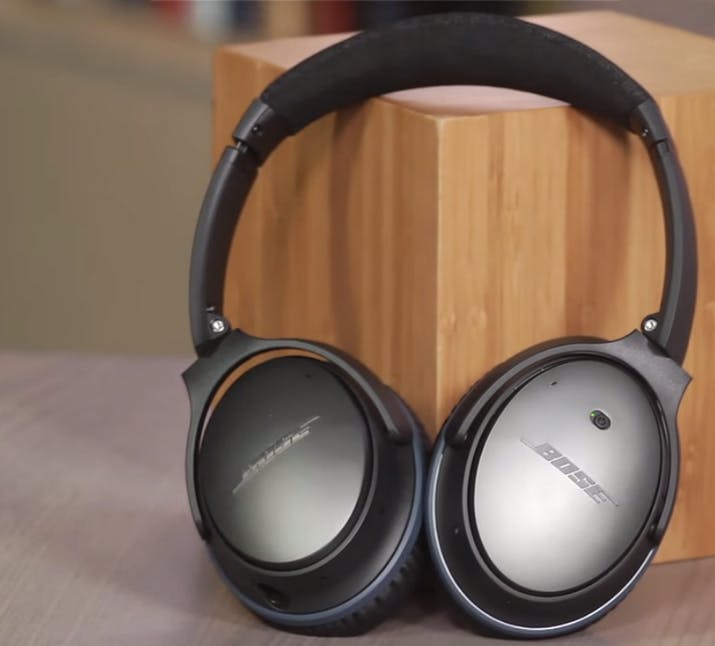 For the streamer on the go, think headphones and wireless speakers. The Sennheiser Momentum on-ear headphones are a steal at $129, as they deliver great sound with a powerful bass that rivals those twice the price. If you want to create your quiet refuge, the Bose QuietComfort 25 with superb noise-cancelling functionality go for $299.

The perfect complement to great headphones is a wireless speaker for times when you are on the beach, in a hotel room, or some place where you can publicly blast away. CNET recently came out with a guide to the best of the Bluetooth-powered speaker group, putting the Logitech UE Boom ($199) and Bose Soundlink Mini Speaker ($199) at the top of the heap.

Once you have turned your favorite TV- or movie-watcher into a Grade A streamer, you might want to consider a great stocking stuffer. (That is, if you haven’t broken the bank on all the previous purchases.)

The best little extra you can add to the pile is some extra power. Buying your newly crowned streamer a backup for his or her portable device will come in handy when a tablet or other wireless device inconveniently runs out of juice. Thanks to some handy hints from Digital Trends, a little math goes a long way. If your iPhone 6’s battery holds 1,810mAh worth of power and you purchase a Mophie Juice Pack, which has a capacity of 1,300 mAh, a little long division says you can bring 72 percent of your smartphone’s energy back to life from your remote battery pack.

For size, power, and price, CNET favors the Zendure A5 Portable Charger which is 12 ounces, sells for $70 on Amazon has has a whopping 15,000mAh capacity. (For scale, consider the fact that an iPad Air 2 has a 7,340mAh battery.) This CNET-recommended external battery could charge a dead iPad 2 to full power twice. Impressive.

If that’s not enough, and you want to be more creative than a gift card, consider the customizable Zazzle battery pack or a pair of headphones made from coconut shells. The list of oddball accessories could go on forever.

Whatever choice you make, it’s certain the streamer in your life will enjoy his or her evolution from watching what’s on to watching what he or she wants at any time.