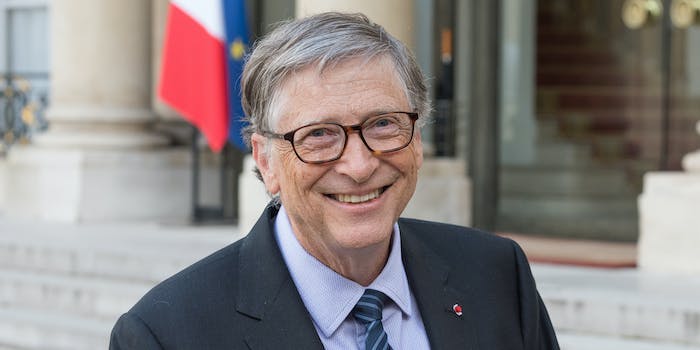 Conspiracy theorists have become convinced that billionaire philanthropist Bill Gates intends to release the deadly smallpox virus on Christmas in order to usher in a one world government. There is no substantial evidence to this claim.

The claim began to emerge early in November after Gates urged world leaders to invest in preparations for not only future pandemics but for the possibility of smallpox terror attacks.

Roughly two weeks later, the FBI and CDC were reported to be investigating “questionable vials” discovered in a freezer at a Merck facility near Philadelphia, several of which were labeled as “smallpox.”

The deadly virus, which was eradicated in the 1970s, is known only to exist in two locations at current: at the CDC headquarters in Atlanta and in Russia.

While some have called for the destruction of the remaining samples, other scientists argue that the virus is still needed in order to develop vaccines in the event of a future outbreak.

Given the timing of the discovery, however, conspiracy theorists claim that Gates’ comments regarding smallpox terror attacks are linked to the vials.

In a lengthy thread on the r/conspiracy subreddit, one user warned that the chain of events clearly indicated that Gates may very well unleash smallpox in the coming month.

“I believe this may be the first of several LEGITIMATE mass-casualty events that take place,” the user wrote. “Something is coming this winter.”

Other users argued that a smallpox attack would likely take place in order to usher in authoritarian world control that failed to materialize during the coronavirus pandemic.

“It will be pretty obvious what’s going on if smallpox does somehow magically get released,” another user wrote. “Their covid narrative failed, so they said fuck it and released smallpox.”

Another user even suggested that Gates could be assassinated despite no evidence for the smallpox conspiracy theory.

“I’m surprised no assassination attempts yet for old Billy,” they said.

Yet Gates’ recent comments are not unique.

The Microsoft founder has made such warnings countless times over the years. A simple search shows that Gates made nearly identical remarks in 2018 and 2017, just to name a few. In fact, entire articles have been written about how Gates has been making such warnings for years on end.

It should also come as no surprise that seemingly all of Gates’ warnings have been met by doomsday predictions from conspiracy theorists, none of which have come true.

But perhaps the biggest nail in the latest conspiracy theory’s coffin is the fact that the CDC was able to test the substances found in the vials. The vials marked as smallpox were found to contain the virus used to make the vaccine, not the virus that causes the disease.

“There is no evidence that the vials contain variola virus, the cause of smallpox. CDC is in close contact with state and local health officials, law enforcement, and the World Health Organization about these findings,” the CDC said.

The admission by the CDC has been entirely overlooked and ignored by conspiracy theorists.

Don’t expect to find any smallpox under your Christmas tree this year.