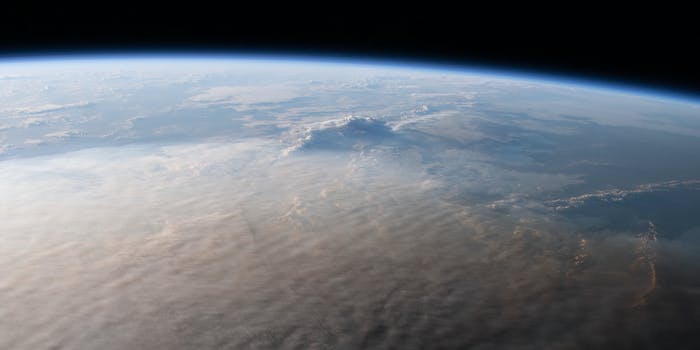 Welcome to the Monday edition of Internet Insider, dissecting online disinformation—one dumb conspiracy at a time.

Conspiracy theorists are spreading a claim online that the devastating Tonga volcano eruption this month was caused not by mother nature but by a secret “kinetic weapon.”

The eruption, which occurred on Jan. 14, saw the Hunga-Tonga-Hunga-Ha’apai volcano send ash more than 25 miles into the sky and caused waves nearly 50-feet tall to crash into Tonga’s main island.

Tsunami warnings were issued for as far away as the west coast of the United States. NASA scientists now believe the eruption, which split the volcanic island in two, was more powerful than the atomic bomb used by the U.S. during WWII.

Satellite imagery even showed how the eruption was visible from space, providing a unique insight into the volcano’s devastating power.

But in the minds of conspiracy theorists, something much more nefarious had clearly taken place.

A viral TikTok video published on Jan. 17, which has garnered more than 1.4 million views to date, purports to show a mysterious object flying into the volcano just moments before the eruption.

“Something ain’t right,” a narrator on the video says. “You know, somebody did this to these folks.”

Take the first step to overcoming your anxiety

Anxiety isn’t one-size-fits-all, so neither should the treatment. Brightside is an online therapy platform that provides expert, personalized mental health care from the comfort of your own home.

Once you complete a free mental health assessment, a licensed Brightside therapist will develop a personalized treatment plan with therapy, medication, or both. Start today and get $50 off your first month of treatment.

Commenters on the video appeared to agree, with some suggesting that the TikTok user was now in danger for exposing the “truth” about the eruption.

“Be careful brother,” one user replied. “These people will search you out for exposing them.”

Another suggested that all natural disasters were actually staged by the government as part of some nefarious plot to enslave humanity.

Yet the assertion that the clip shows an explosion coming just 5 seconds after an object supposedly splashed into the water has numerous holes.

For starters, the satellite footage is not in real-time and shows a sped-up version of the clip. The video actually shows a 6-hour period from before, during, and after the eruption.

The satellite would also fail to pick up a splash in the water from that height, as noted by LeadStories, and is likely a small plume of ash caused by volcanic activity prior to the primary eruption.

Over on Bitchute, a video-sharing platform popular among the far-right, some claimed that the explosion was in retaliation for Tonga’s recent interest in Bitcoin.

“Tonga had just announced they were going to start accepting Bitcoin as legal tender,” a user wrote. “Two days later THIS happened.”

Given all the evidence, it is undeniably clear that the so-called explosion was nothing more than a volcanic eruption, not a government space missile designed to stop Tonga from pursuing cryptocurrencies.