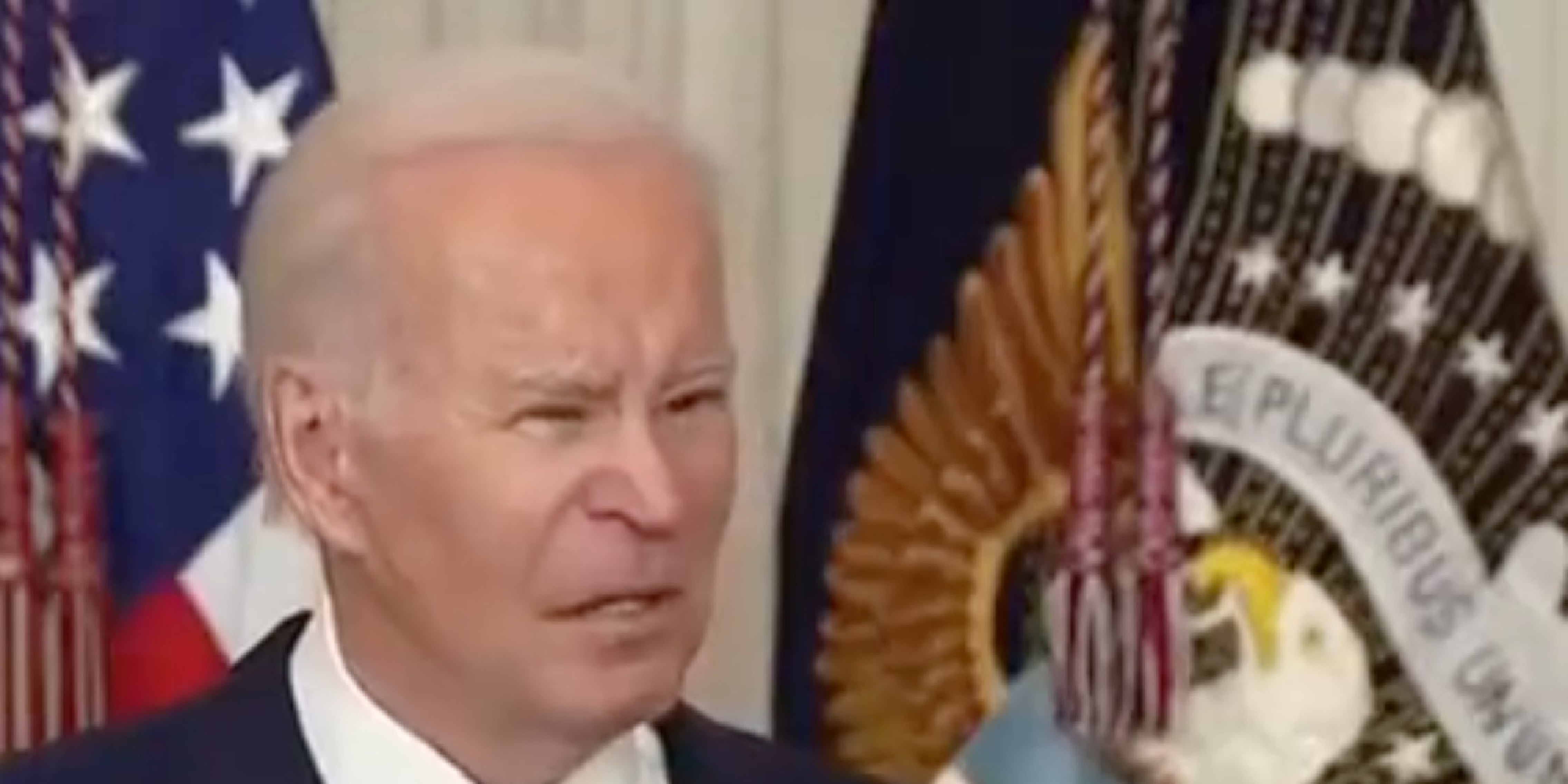 Biden’s face in the footage appears to be heavily contorted.

Conspiracy theorists on Twitter are spreading a doctored video of President Joe Biden that they appear to believe is real.

Shared by the Twitter account for “Now The End Begins,” a Christian blog that for nearly 15 years has claimed that the rapture is imminent, the video shows Biden speaking at a memorial event for the 2-year anniversary of the Jan. 6, 2021 Capitol riot.

“Can someone help me here? What on earth is this??” the account asked. “He looks like the demon inside his body is trying to get out. #JoeBiden #JulyThe6th.”

Biden’s face in the footage appears to be heavily contorted, with his eyes, nose, and mouth stretched and skewed.

Many accounts agreed that Biden was almost certainly possessed by demons alongside every other Democrat in office.

“All of the demonic rat leadership are demon possessed, NO if’s and’s or butt’s about it,” one user said. “The democRats are evil, twisted, & demented. Anyone who can’t see they are demon possessed has been badly brain damaged by their brainwashing.”

Some questioned whether the video could have been modified but ultimately argued that it was still possible that the footage was legitimate.

“This is really weird!” another added. “If it hasn’t been edited or modified in any way… WTF!”

Yet anyone can easily find the original video of Biden’s remarks and confirm that his face was never distorted.

Many online also called out Now The End Begins for leaving up the fake tweet, which they originally shared on Jan. 9.

Readers have since had a disclaimer added to the tweet noting that the video is indeed fake.

“This video has been edited to make Joe Biden’s face look different,” the disclaimer says alongside a link to the original footage.

While society for the past several years has raised concerns about the possibility of highly-realistic deepfakes being used to manipulate the public, instances such as this highlight how people continue to fall for even the most obvious of fakes.

This latest incident once again shows how cheap fakes, a term used to describe media content that has been altered with readily-accessible technology, continue to fool conspiracy theorists. This isn’t even the first time an obviously fake Biden deepfake fooled people.

While most attention is given to government-led misinformation campaigns and skilled deepfake creators, conspiracy theorists in the U.S. continue to spread easily debunked allegations and content enmasse.