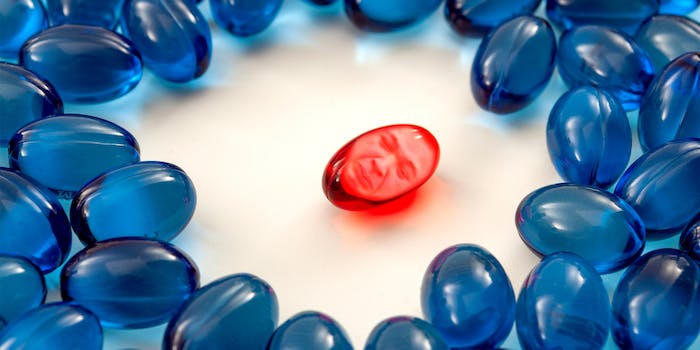 Who are all these people just learning Kyle Rittenhouse's victims were white?

Conservatives are crowing about a Twitter user’s claim that she only recently learned that Kyle Rittenhouse’s victims were white. She said that her “progressive bubble made this seem like a very different case than it is.”

In follow-up tweets, @sarahbeth345 said that her friends and family are progressives and that she’d recently “woke up to their hypocrisy and msm bs.” (“MSM” refers to mainstream media.)

Conservatives were thrilled. “I imagine it was quite jarring to see through the propaganda for the first time,” replied one.

The right-wing outlet Twitchy wrote an entire article about her tweets. “Yeah, that progressive bubble will do that,” it announced.

“Sounds like she’s been red-pilled,” it added. Others were just as enthusiastic about one woman’s misunderstanding of the case. The people RIttenhouse shot and killed were with Black Lives Matter protesters that night in Kenosha, marching in anger of the police killing of Jacob Blake. But they’ve never been misidentified as Black.

The Western Chauvinist Telegram channel posted a screenshot of the tweet and comments to the same effect.

“These people are beginning to wake up, they are now on the path to us,” the Proud Boy-linked channel wrote. “The Rittenhouse trial has been a big deal to start exposing the contradictions within the system.”

“Their questioning of the narrative will eventually lead them to us. THAT is what the system fears,” Western Chauvinist added.

Right-wing media personality Glenn Greenwald also shared the tweet, writing, “This is such an important thread—not just the original tweet but so many that follow in replies—of liberals, genuine liberals, expressing shock and horror upon realizing, after watching the trial, that so much of what the media told them about the Rittenhouse case is false.”

Conservative radio host Monica Matthews quote tweeted it and said that she also didn’t know the people Rittenhouse shot were white “until this week.”

Others heralded the tweet as evidence that liberals are brainwashed. “At least this leftist has hope of deprogramming,” commented @PrimaryALLRINO.

“Hold up hold up.. all of Kyle Rittenhouse victims were White Men this whole time???” tweeted @YealmStacie.

These tweets got some traction, but none received the level of traffic @sarahbeth345’s did.

Similary, much fuss was also made online of the Young Turks Ana Kasparian, a noted progressive, saying she misunderstood key facts of the case. She said she thought RIttenhouse had chased down protesters.

While conservatives point to @sarahbeth345 tweet as evidence of a recent awakening, and there are records showing someone with her name donated to Democrats in 2020, her account has been tweeting right-wing talking points for months. (@sarahbeth345 did not respond to request for comment sent Thursday afternoon via Twitter direct message.)

Much of her activity is focused on opposing vaccine mandates and masks, particularly for kids. Online archives show her retweeting conservatives like Sen. Ted Cruz (R-Texas), Brigitte Gabriel, and Sen. Tom Cotton (R-Ark.) in September.

Her bio includes the hashtag #HowTheLeftIsLosingMe. She writes a Substack newsletter by the same name. The inaugural post from September describes it as “a newsletter about how this country’s covid mitigation policies opened me up to hypocrisy in the Left that I can’t unsee.”

Mike Rothschild, a Daily Dot contributor, pointed this out.

“The ‘politically homeless’ woman taking off in right-wing media for her supposed moment of clarity about Kyle Rittenhouse’s victims being white is the same one terrified [Los Angeles Unified School District] is going to jab her 5-year-old without consent.”

“You’re getting played,” he wrote.