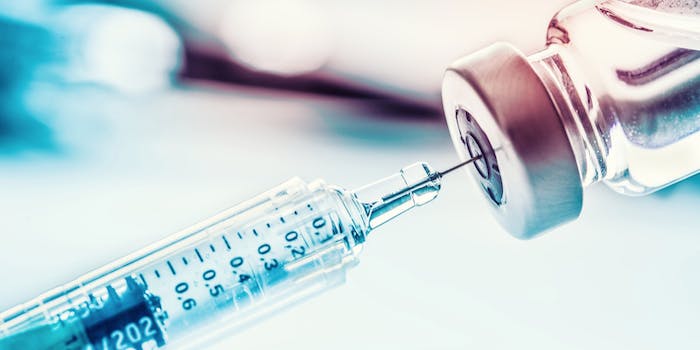 'You guys have like one joke you tell over and over again.'

Right-wing Twitter users are “identifying as vaccinated” in the wake of new guidelines from the Centers for Disease Control and Prevention (CDC) announcing relaxed mask recommendations for vaccinated Americans.

As a growing number of businesses begin to allow vaccinated individuals to enter their stores without a face covering—although providing proof of vaccination isn’t necessary—conservatives have begun spreading the anti-vax talking point online.

“Since CDC announced the new COVID-19 mask guidance for vaccinated Americans, a flurry of right-wing accounts — seemingly belonging to unvaccinated people — have tweeted saying they ‘identify as vaccinated’ and won’t be wearing a mask. It’s the new anti-vaccine talking point,” Bueno tweeted Saturday.

Twitter users were quick to push back, mocking the remarks from the apparent anti-vaxxers.

“It’s a bit like walking through active sniper fire and ‘identifying’ as wearing a bulletproof vest,” @foodandwhining wrote. “Odds are pretty good we’ll find out if you really are.”

Others argued that the CDC and other government agencies failed to implement a better system for identifying vaccinated individuals, pointing to fake vaccination cards being sold online.

“I so hate making predictions like this that come true more quickly than even I envisioned,” @VABVOX said. “Some of us knew that the same people who refused to wear masks are now refusing to get vaccinated. They had fake ‘medical exemptions’ for masks. Now it’s fake vaccinations. CDC was naïve.”

Many also pointed to the joke’s origins, which is intended to make fun of transgender people.

“People lying about being vaccinated so they can stop wearing masks and also being transphobes…” @ahotcupofjoanna said. “Shocking that it’s the same demographic.”

Despite the pushback from some on the agency’s decision to relax its guidelines, CDC head Dr. Rochelle Walensky cited “evolving science” on Sunday while defending the announcement.

“Right now, the data, the science shows us that it’s safe for vaccinated people to take off their masks,” she told NBC News. “I, as the CDC director, promised the American people I would convey that science to you as we know it.”