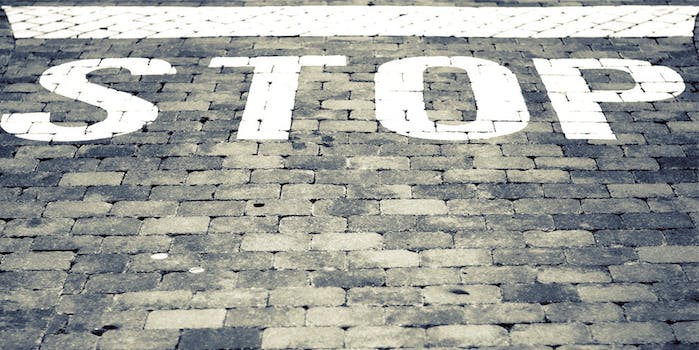 This has gone on long enough.

For the third time in less than two months, Congress has been temporarily banned from editing Wikipedia.

The anonymous congressional staffer who has become famous for his or her eyebrow-raising Wikipedia edits has been blocked for a month after a recent round of transphobic revisions.

The IP address 143.231.249.138, which is assigned to the House of Representatives, received the editing block Wednesday for writing offensive things on Wikipedia articles for the term “tranny,” the Camp Trans protest, the Netflix show Orange Is the New Black, and a condition known as body integrity identity disorder.

The edit on the “Tranny” page, which serves as a collection of links to more specific articles, changed the description for the link to the Transsexual page so that it used the term “biological sex” instead of “assigned sex.” As Business Insider points out, the former term is considered transphobic by many in the LGBT community.

The congressional Wikipedia editor, who is also obsessed with conspiracy theories, spent time adding hateful comments to other pages related to trans issues. On the page for transphobia, they wrote, “Vice magazine cofounder Gavin McInnes describes transphobia as a perfectly natural response to someone pretending to be something that they are not,” adding a link to McInnes’ inflammatory Thought Catalog article for “Transphobia Is Perfectly Natural.”

In response to widespread criticism of that article, Thought Catalog added a landing page that requires readers to click through and warns them, “The article you are trying to read has been reported by the community as hateful or abusive content.”

Wikipedia first blocked congressional computers for one day in July, after the offending IP address was linked to errant edits. Later in the month, Wikipedia instituted a 10-day ban on Congress for a string of “disruptive” edits made from the same IP address.