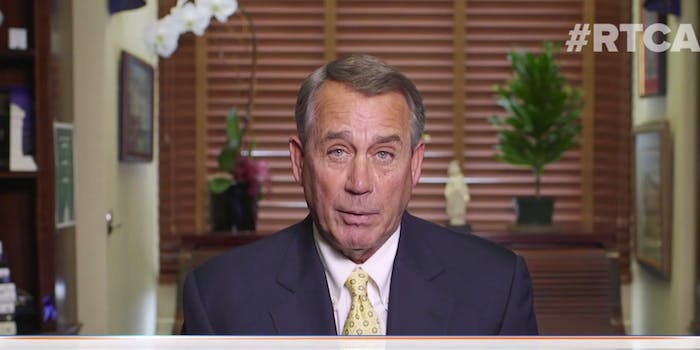 John Boehner and Nancy Pelosi read mean tweets about themselves

They followed in Obama's footsteps.

Congress is finally getting into the Mean Tweets game after President Obama had a taste of what the Internet thought about him.

Like Obama beforehand, Boehner, Pelosi, Sanders, and McCarthy are only scraping the surface of Internet insults, but they’re able to lob some shade back at the tweeters and even fellow members of Congress.

Side note: Someone might want to tell Boehner why he’s being compared to an Oompa Loompa.