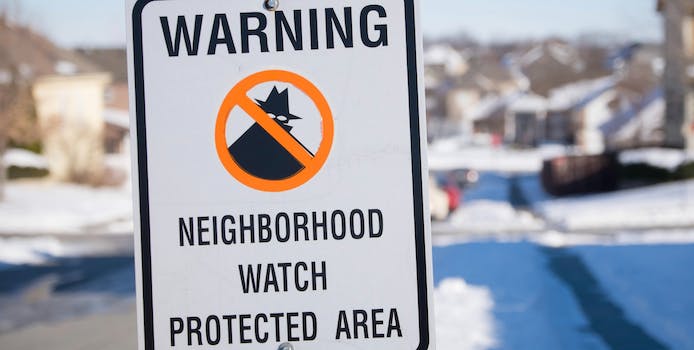 'I routinely tell people, don’t believe everything you see on Citizen.'

When Dee Debenport saw a report of shots fired in her area of Columbus, Ohio on the Citizen App, she immediately called some of her friends in the neighborhood watch to check it out.

As the Connect 2 Protect Block Watch coordinator for the Brewery District, German Village, Merion Village, and Schumacher Place, Debenport tries to keep up with what’s happening in her neck of the woods. Recently, that meant following posts on Citizen.

But when her friends started checking in with her, they said, “Dee, there’s nothing here.”

In total, Debenport says she has told Citizen about six false incidents, including reports of shots fired and a suspect fleeing the scene with a gun. She also forwarded three of those reports to the police.

“I routinely tell people, don’t believe everything you see on Citizen,” Debenport said.

Citizen, an app that allows users to report incidents and crimes in their neighborhood, launched in Columbus in April 2020. Around that time, the company reached out to the Columbus Police Department to start a working relationship, but the department declined, according to emails obtained by the Daily Dot through a public records request.

“After speaking with people involved with the process of trying your Citizen application, at this time we will respectfully pass on the opportunity,” wrote Sgt. James Fuqua in response to Citizen, which had initially organized a meeting with Columbus police that was canceled and never rescheduled. “We are continuing to focus internally on the applications we currently use.”

Columbus police did not respond to a request for comment.

Citizen encourages “community members and public safety officials alike to share updates with the Citizen community” on the app, according to Ebony Bowden, a spokesperson for the company. She gave the example of first-responders in other departments that frequently broadcast from scenes on Citizen. The company has also previously worked with police to acquire encrypted radio transmissions, according to Motherboard.

Since it launched, Citizen has tried to connect with police forces across the country, as it’s become a private surveillance wing for regular citizens to help supplement state-run forces. In Columbus, though, a neighborhood watch may have stymied its efforts to work with police there.

Debenport had already reported the false incident to the police by the time the Columbus police passed on the chance to work with the app, writing in an email to the department and the company that she was concerned that misinformation on the Citizen App will result in a lack of trust within our community.”

Citizen also reached out to Columbus police on several occasions asking for additional information on specific incidents that had been reported on the app, according to emails reviewed by the Daily Dot. It was not clear whether or not Columbus police replied.

“Not only does it scare the bejesus out of people, it has the potential to lower property values,” Debenport told the Daily Dot.

Citizen has been criticized in the past for providing false information to the public. In March, after a suspected arson attack in California, Citizen hosts posted a photo of a man who turned out not to be connected to the fire and called on its user base to “hunt this guy down.”

In Columbus, the concern among residents that false information would flow was palpable.

Citizen says its efforts are entirely above board.

The company has a team of analysts that review information from first responders and that those analysts “appropriately filter and disseminate information that is a legitimate safety concern,” according to Bowden.

“We label incidents as ‘unconfirmed’ unless confirmed by law enforcement,” she added. “If we receive updated information indicating that a report was a false alarm, we will update the post, or you can see video of the incident.”

But like fake facts on Twitter, the initial claim can ricochet around and raise alarms, while the debunk fails to gain any traction.

When responding directly to Debenport’s concerns, a Citizen employee told her one of the reports (which ShotSpotter technology picked up) could have been a car backfiring, fireworks, or another loud noise, according to emails reviewed by the Daily Dot.

Jeff Breeckner, a resident in Schumacher Place and active member of the neighborhood watch also said that he takes what he sees on Citizen “with a grain of salt” after seeing how incidents that were initially reported as serious crimes turned out to be minor issues, if nothing at all.

Though he has noticed some events updated to less serious crimes, he admits, he doesn’t always go back and look at the incidents to see if they have been verified or updated after receiving an initial push alert from the app.

On the flip side, he also believes that when Citizen displays incidents that he wouldn’t otherwise see. That means he knows more about people suspecting nefarious activities in the city, much of which may turn out to not be true despite the panic when the pushes come.

Debenport agrees Citizen could be a great tool when it comes to monitoring traffic or even or larger scale crime events, like mass shootings, when lots of people are seeking information about the same event. But, when it comes to everyday incidents, she wishes there were more disclaimers on the app about unverified information.