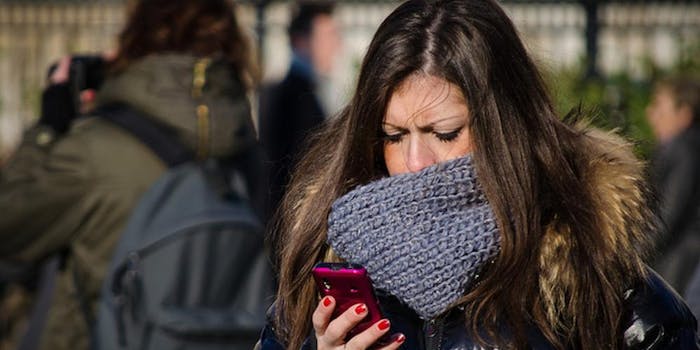 The app Circle of 6 is designed to curb sexual assault rates at college campuses.

Sexual assault is endemic on college campuses. At least one in four women is reportedly a victim of assault during her cademic career. Incoming freshmen, in particular, are most vulnerable to sexual assault during the first six weeks of the fall semester, a period commonly referred to as the “red zone” by sexual assault prevention groups. And although many colleges and universities have been accused of turning a blind eye to the issue of sexual assault, some are doing their part to combat the epidemic by encouraging students to download various apps that help to prevent sexual assault.

According to NPR’s Morning Edition, one of these apps is Circle of 6, which lets users send an alert to a preselected group of six friends or relatives if they encounter a threat on campus. By clicking an icon next to one of these names in the “circle of 6,” users can send an automated text message asking the recipient to call police or pick them up at their current location, which is transmitted via GPS. Photo via Circle of 6

Currently, there are very few resources available for college students to report sexual assault while it’s happening, or even right before it happens. There are the ubiquitous blue lights on campus to call campus security, but Circle of 6 creator Nancy Schwartzman says they’re rarely used and largely ineffective.

“Research shows that most rapes and sexual assault that happen, happen from someone you know. It’s not someone jumping out of the bushes when you’re walking out of the library,” she recently told NPR. “But what people do have in their hands is a smartphone at all times, whether you’re in the library or in a bar off-campus. You’re more likely to have that piece of technology with you.”

While the app is available for individual download, it’s also being rolled out on college campuses nationwide, with Williams College launching a two-year pilot program during this fall’s freshman orientation. But Circle of 6 isn’t the only app on the market that aims to prevent sexual assault. Loyola University in Chicago, for instance, launched a similar, campus-specific app, Here for You, earlier this year, which lets students quickly report campus assaults and provides therapeutic resources for survivors.