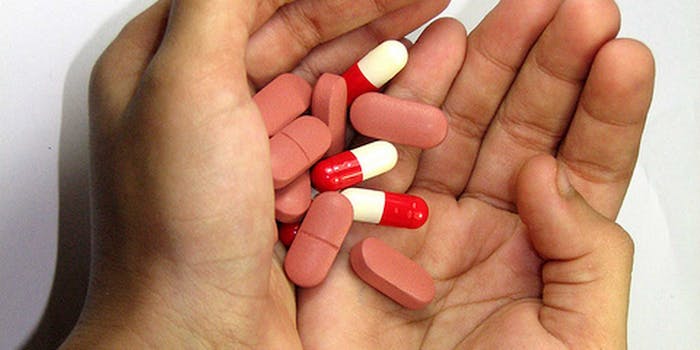 Would you pay anonymous ‘doctors’ in Bitcoin for medical advice?

In the Bitcoin economy, even medical care is anonymous.

It turns out the HealthCare.gov only be a runner-up for most poorly-executed online health venture of the year. A website called CoinMD, which offers anonymous healthcare advice in exchange for Bitcoin, may deserve that title.

Riding the dual tech waves of Bitcoin and online medical resources, CoinMD lets users bring their specific medical queries to a group of individuals who claim to be doctors for advice and diagnosis. But the advice should be taken with a grain of salt (if taken at all) since the medical background of CoinMD’s advisors cannot be verified.

In fact, as Wired‘s Daniela Hernandez points out, it’s highly unlikely that any of the people offering diagnoses on the site are licensed medical doctors—at least ones operating under established professional and legal guidelines.

“Doctors” are anonymous on the site for a reason, Hernandez writes. Actual doctors would risk losing their licenses if it was known they were dispensing advice on CoinMD. That’s because doctors have to meet strict criteria while practicing their profession. And most sites cannot easily verify or provide such things as state-issued licenses, board certification or malpractice insurance.

That’s why Dr. Iltifat Husain, founder and editor-in-chief of IMedicalApps, tells Wired he’d never recommend the site to patients, despite calling the basic idea behind the site “a genius one.”

Husain said the promise of a crowdsource medical answer site that harnesses legitimate medical expertise could be worthwhile, both for patients who want to avoid an unnecessary trip to the doctor’s office and cash-strapped med students who want to make a few extra bucks with their knowledge. But he said the way CoinMD is going about it is all wrong.

The anonymity of CoinMD raises a lot of red flags for Husain and others, who say there is no way to know the validity of the advice one is receiving. Though CoinMD touts its medical professionals—even to the point of asking for voluntary Bitcoin payments—advice-givers are no more verified than those on Yahoo Answers. In fact, one response on CoinMD was found to be directly lifted from Yahoo.

This is why previous attempts at taking medicine online have been guarded. Doctors on sites like HealthTap have limited the amount of advice they give to avoid lawsuits. Sites like Teladoc or Ameridoc, on the other hand, work on a consulting basis, requiring direct communication and payment.

The co-founder of CoinMD defended his site’s emphasis on anonymity, even as he concealed his own identity. Jason Pierce, which is not the co-founder’s real name according to Hernandez, said CoinMD could thrive under anonymity the same way Bitcoin itself has.

“No one needs to know, for example, who Satoshi [Nakamoto] is. They can read his code and decide whether it’s good or bad,” Pierce told Wired, referring to the anonymous creator of Bitcoin. “We do believe in free market, so if the market decides it’s not a good idea—then be it.”

But even if the identities of those behind CoinMD were known, the idea of seeking medical information online is still questionable. Though there are plenty of well sourced online medical resources like WebMD to help inform patients, all this information might be worsening people’s health in some situations.

Thomas Fergus at Baylor University recently published a study that claims access to information increases anxiety in those who go online and misdiagnosis themselves – a phenomenon dubbed “cyberchondria.”