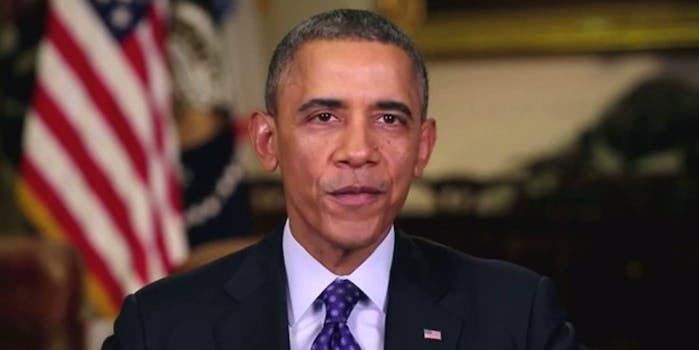 President Obama wants you… to learn how to code

Code.org's star-studded campaign aims to raise a generation of programmers.

The president thinks there are better things you could be doing with your phone than playing Candy Crush.

America wants you to learn how to code. While Barack Obama didn’t pull out an Uncle Sam-style finger point, he certainly addressed coding as something of a civic duty in a YouTube video released this week in support of The Hour of Code.

“Learning these skills isn’t just important for your future, it’s important for our country’s future,” Obama said. “If we want America to stay on the cutting edge, we need young Americans like you to master the tools and technology that will change the way we do just about everything.”

Code.org, a non-profit aimed at improving access to computer education, is sponsoring The Hour of Code campaign, encouraging everyone with thumbs (and probably even those without) to spend an hour this week learning a few basic lines of code.

Obama isn’t the only familiar face on the campaign.

Another YouTube video promoting an The Hour of Code shows Ashton Kutcher hunched over a laptop while a high school student gives him a few pointers. Bill Gates and Mark Zuckerberg point out how easy coding is today.

For all of its star power, the campaign videos only hint at why you might want to learn how to code, aside from patriotism and generally being part of the future.

That’s the average annual salary for a Web programmer, according to career website Indeed.com.

While there are certainly some talented tech types who have coded their way into careers even without a formal education, Code.org suggests people who want a job in a computer technology to get started with a few community college courses.