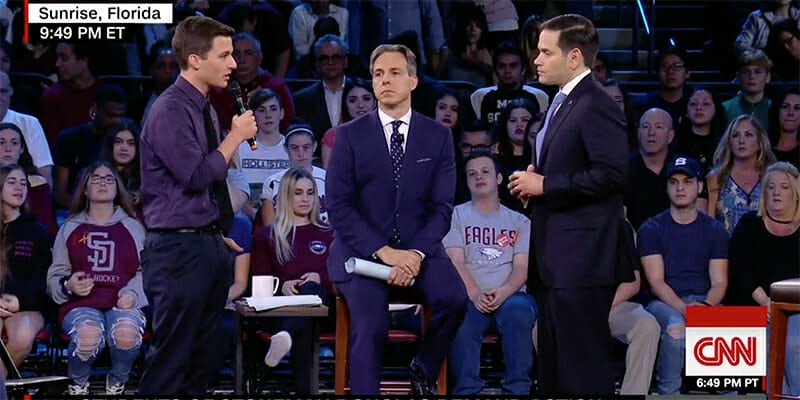 Colton Haab declined to participate in the program.

CNN on Thursday denied reports that it asked a Florida school shooting survivor to read a “scripted” question on air during the network’s town hall debate on gun control.

Colton Haab is a junior at Marjory Stoneman Douglas High School in Parkland, Florida, where a gunman killed 17 people last week. The student said Wednesday that he turned down an invitation to appear on the CNN program after the network reworked his planned speech into “scripted” remarks.

“CNN had originally asked me to write a speech and questions, and it ended up being all scripted,” Haab told ABC affiliate WPLG. “I don’t think that it’s going to get anything accomplished. It’s not gonna ask the true questions that all the parents and teachers and students have.”

“There is absolutely no truth to this,” CNN said in a statement. “CNN did not provide or script questions for anyone in last night’s town hall, nor have we ever.

“After seeing an interview with Colton Haab, we invited him to participate in our town hall along with other students and administrators from Marjory Stoneman Douglas High School,” the statement said. “Colton’s father withdrew his name from participation before the forum began, which we regretted but respected.”