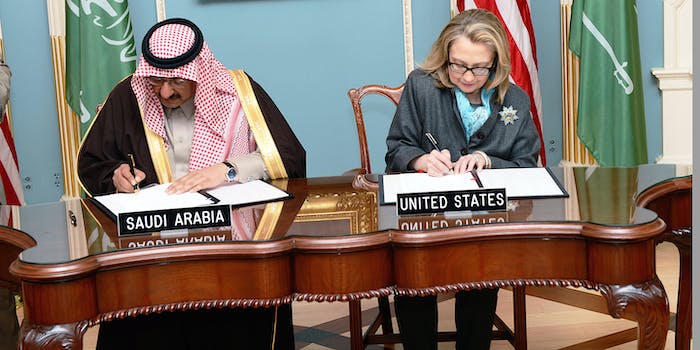 The review is underway.

Last week, Hillary Clinton‘s staff delivered 55,000 pages of printed-out emails in boxes to the State Department. Clinton asked the department to review and release her files.

The New York Times recently revealed that Clinton used a personal email account during her time as Secretary of State. To some, the use of private email undermines and contradicts transparency guidelines and laws.

The 55,000 pages, which Psaki said “covers the span of [Clinton’s] time at the State Department,” do not include every email in the account, Psaki clarified, only what Clinton herself handed over to the government.