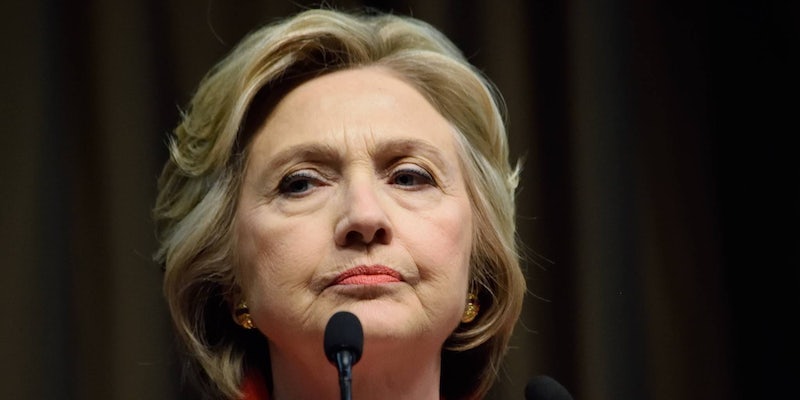 The interview at FBI headquarters was reportedly voluntary.

The over three-hour-long meeting is said to be one of the last steps in concluding an ongoing email investigation regarding Clinton’s use of a private email server when she served as Secretary of State.

The Daily Caller was first to break the news, speculating that the meeting would take place at Clinton’s Washington, D.C. home. Two black SUVs were seen returning to her residence later Saturday morning.

Clinton campaign spokesman Nick Merrill had this to say about the meeting:

Secretary Clinton gave a voluntary interview this morning about her email arrangements while she was Secretary. She is pleased to have had the opportunity to assist the Department of Justice in bringing this review to a conclusion. Out of respect for the investigative process, she will not comment further on her interview.

It’s unclear when the FBI will wrap up its investigation, though the timing couldn’t be more precarious for the presumptive Democratic nominee. With mere weeks to go until the Democratic National Convention in Philadelphia, all eyes appear to be on the outcome of Clinton’s email scandal.

Attorney General Loretta Lynch has vowed to accept the FBI’s guidance and Justice Department prosecutors in this matter.