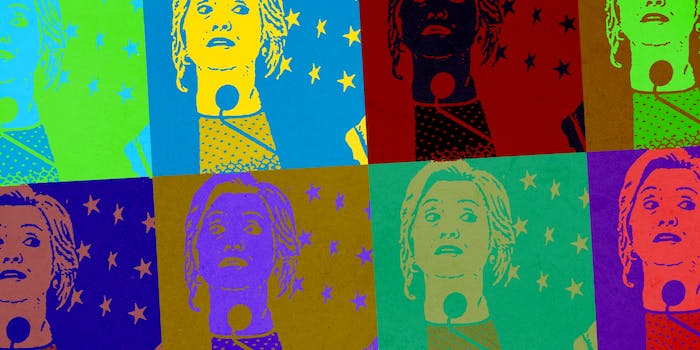 Is the smart money on Hillary?

The smart money is still on Hillary Clinton, according to people with some of their own skin in the game.

A report released earlier this week by the internal State Department watchdog may have have found that Clinton, the Obama administration’s former secretary of state and current 2016 Democratic presidential front-runner, violated federal rules by operating her own email server outside of the State Department’s email system. In the collective wisdom of the online political betting market PredictIt, however, the odds that Clinton will face charges are still relatively low.

While the release of the Inspector General report on Wednesday triggered a small spike in the likelihood of Clinton being charged, along with a corresponding dip in her odds of winning the June 7 primary in California, traders have pegged her chance of facing criminal penalties at 34 percent. 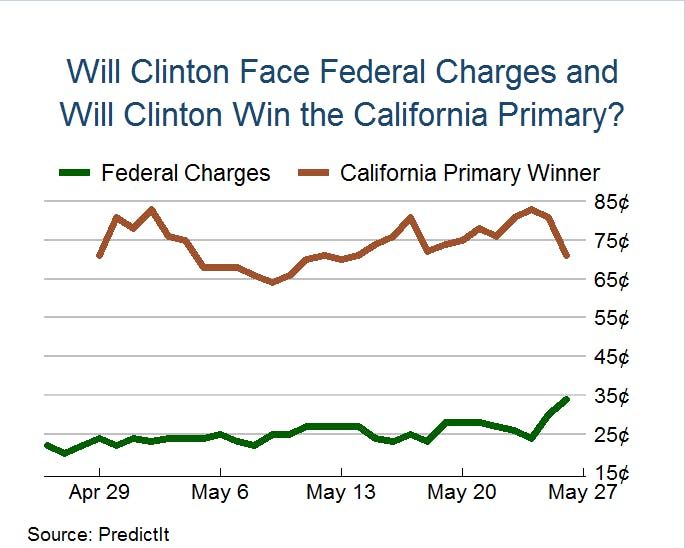 Operated out of New Zealand’s Victoria University of Wellington PredictIt is essentially a futures market for specific possible events. For each event, like Clinton being charged in the email scandal, gamblers can purchase shares saying that it either will or won’t occur. If a gambler bets right, he or she gets paid out $1. The price of the share floats up or down depending on the number people of who have taken each position and effectively acts as a percentage marker for how likely the market believes a certain event is to occur.

The idea behind the project is to tap into the “wisdom of crowds,” a theory that the collective knowledge of a large group of people is often more accurate than of a small cadre of experts. By forcing people to use their own money, the goal is to encourage bettors to discard their own biases about what they hope will happen and instead make a more objective assessment based on all the information at their disposal.

Since the news broke last year, controversy has swirled around Clinton’s use of a private email server, with the domain name clintonemail.com. Clinton and her allies have claimed the server, which was set up on the same day she went before the Senate for a confirmation hearing, was created so she could continue to use the same mobile device she had prior becoming secretary of state and is largely a tempest in a teapot. Critics charge the server was a deliberate effort to circumvent transparency laws like the Freedom of Information Act, and that operating an email system outside one created by the State Department opened Clinton up to cyberattacks.

A Romanian hacker known as Guccifer, who recently plead guilty to breaching the computer systems of a number of public figures, claimed to have hacked into Clinton’s email, calling it “easy,” but those assertions have not be corroborated. “There is absolutely no basis to believe the claims made by this criminal from his prison cell,” the Clinton campaign charged in an email.

The Inspector General report found, however, that a technician tasked with maintenance on the Clinton email server at one point had to take it offline because “someone was trying to hack us.” The report also “found no evidence that the Secretary requested or obtained guidance or approval to conduct official business via a personal email account on her private server.”

Studies have shown prediction markets outperform public opinion polls in predicting outcome of elections, especially early in the contests. The prediction market Intrade was nearly perfect in calling the distribution of electoral votes during the 2008 election.

Even so, these markets aren’t perfect. Even well after Donald Trump took a commanding lead in the polls for the Republican nomination, PredictIt still showed former Florida Gov. Jeb Bush as the most likely to get the nod.

So, you know, take everything with a grain of salt because, really, everyone is just guessing here—and some are crossing their fingers.