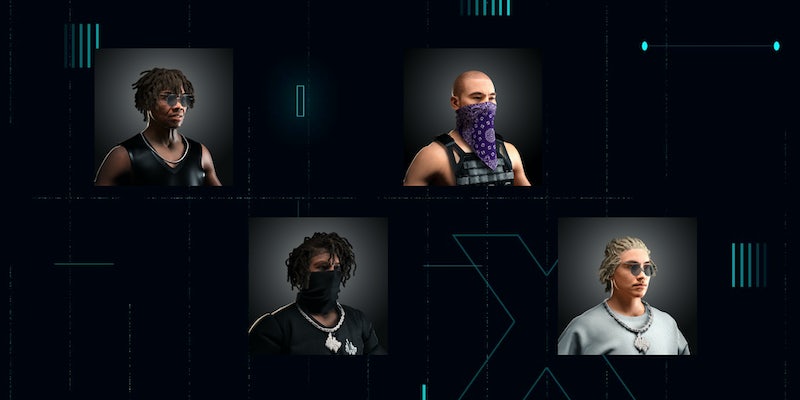 ‘Not a scam or sh*t project’: How a hot new NFT offering collapsed immediately after kicking off

Was it a rug pull or just poor planning from the founders?

When the founder of a new NFT collection, on the day of its launch, must declare to their followers that this is “not a scam or shit project,” it should probably raise a red flag or two.

Cityverse, the latest in a series of NFT launches designed to capitalize on the growing hype of the metaverse, certainly had a fair number of warning signs. And it left a number of minters at a loss.

Like so many other NFT (non-fungible token) drops, Cityverse preys on FOMO, operating on the promise of elusive and fleeting exclusivity. Here, NFT investors thought they had a scoop on a hot new project, put on a private whitelist. That would grant them early access to mint, and therefore own, an exclusive NFT, a digital asset expected to grow in price as our lives move increasingly online.

Instead, there was no whitelist and no exclusivity, as it turned out anyone could mint. Which meant the price floor swiftly dropped and the NFTs quickly lost the majority of their value as the project’s founders muted all Discord channels and pocketed the money made from the launch.

While not technically a rug pull, this minting situation mirrors a common con where scammers shill their products on social media to drive up prices and quickly disappear with the money.

In other words, Cityverse’s NFT launch wasn’t that much different than numerous scams which have flooded the market, despite its founder’s protestations.

Cityverse’s site says it offered 8,888 profile pictures, a 3D-rendered, Grand Theft Auto-esque cast of (apparently all male) characters, which are “inspired by the new wealthy generation of crypto-currency and NFTs” and which each come with a unique selection of traits. The NFTs are differentiated by a variety of features, such as physical appearance, skin tone, hairstyles, apparel, and accessories. Some are dressed as cops, others as robbers.

Accessories include chains, sunglasses, tattoos, masks, and more. But, individuals who mint cannot select which character or traits they desire. Instead, they receive a “placeholder” blank NFT until the big reveal, which is still slated for this Friday.

The project’s roadmap describes its kickoff with 8,888 profile picture NFTs followed by future plans for merch and eventual metaverse integration. Cityverse NFT holders could expect their characters to be rendered in the vaguely defined metaverse, though specifically which virtual world is not mentioned. For now, the project is only the profile NFTs. Cityverse claims that it is the “​​First city-themed & location-based #NFT.”

Alleged benefits to Cityverse NFT holders also are, as the Cityverse site explains, that they act as a ticket to membership within the “best exclusive club never seen before.”

The call to action asks minters to, “show to the world how strong and influent [sic] we are. Let’s take over the Metaverse OR CityVerse, like you want !”

If it all sounds like a dubious offering, that was only further cemented by the disastrous rollout.

Cityverse follows the same formula as many before it. Create a slick site and an active Twitter presence, then draw potential investors to a Discord server, where you hype and shill and market your project. “We’re creating an immersive community,” the Discord mods will say. “Get in early, or you’ll miss your chance!”

Cityverse popped out of seemingly nowhere, with no ties to any big creators or figures in the space. The founders didn’t offer up much either, in way of identification. Plenty of successful and legitimate NFT collections have begun with unknown creators, so this alone is not anything out of the ordinary. Anonymity and crypto are undeniably intertwined, but dropping $800 on a project whose founders you don’t know is a leap of faith. In this case, it was more like a walk off a cliff.

Many believed they were on an exclusive whitelist to mint NFTs, either by raffle or by following some steps relating to social promotions and invites for friends. Those who won the raffle were surprised, if not bewildered, that they would be selected out of the supposedly 70,000 who registered. When they discovered their friends, and seemingly everyone in the chat had won as well, it became clear there was no whitelist whatsoever. Anyone could mint and were also able to mint more than the supposed limit of two, as some individuals minted six or more.

When the mint went live, Discord mod “Co-Founder Jaden” announced that all chat rooms would be closed to “avoid scammer links.” More likely, the founders closed the chat to remove the ability for members to communicate the failure of the whitelist and that everyone could mint. Discussions about Cityverse’s failed launch quickly moved towards Twitter, where user @zemoolol was the first to cry “rug pull.”

Rug pulls are products of the unfortunate underbelly of the crypto industry. In Cityverse’s case, all buyers received what they paid for (their NFTs, though they’ve yet to have debuted), so it’s not technically a rug pull. It’s just that the value they expected to get out of them plummeted rapidly.

But before something can be sold, it must first be created. Minting is akin to the creation of the NFT, or at least creating the first instance of it on whichever blockchain the project is using. Some NFT creators do the minting themselves and earn money when their pieces are sold.

In other projects, such as Cityverse, individuals are asked to mint the NFTs, sometimes for free and sometimes for a fee. A Cityverse mint cost 0.3 Ethereum (ETH), about $800, and could be considered a sort of downpayment in the hopes that the value of the NFT would rise much higher over time.

The value did not rise. Cityverse holders began to list their NFTs on OpenSea at prices far below the mint cost. As time went on, the floor price of the Cityverse collection continued to drop drastically, eventually landing at 0.04 ETH, or just over $100.

Cityverse co-founder Shawn took to Discord to address the situation, urging followers to “be smart” and assured that Cityverse “is not a scam or a shit project.” In an attempt to drive the floor price back up, Shawn asked holders to delist, or remove from the marketplace, their Cityverse NFTs that were listed under 0.5 ETH.

Four hours after the drop, the founders announced that the mint price would be reduced to 0.15 ETH, half of the original cost. A day later, the announcement came that the mint would close early to try to recoup some of the lost exclusivity. Additionally, they promised to send a free NFT to those who minted under the original price, though no one has reported receiving one yet.

All in all, over 600 Cityverse NFTs were minted, resulting in over $450,000 going straight into the founders’ pockets.

The minters who toiled away? They were left with much, much less.

Cityverse did not immediately respond to a request for comment from the Daily Dot prior to publication.