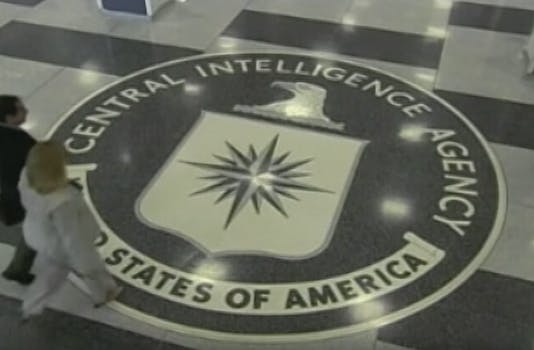 'This was not a decision I made lightly,' wrote ex-National Security Council spokesman Edward Price

A career official at the CIA who served under both Barack Obama and George W. Bush decided this month to make his exit.

Edward Price, who most recently served as the spokesman for the National Security Council, wrote in an op-ed published in the Washington Post on Monday that he could not “in good faith” serve in President Donald Trump‘s administration.

Price joined the CIA in 2006 and had committed to serve the agency for life. Prior to serving as NSC spokesman, he worked as an intelligence analyst and gained expertise in terrorist groups. According to Price, both Bush and Obama took the CIA’s input seriously.

But after Trump was sworn-in to the White House, the level of cooperation between the CIA and the presidency took a nose dive.

“Trump’s actions in office have been even more disturbing. His visit to CIA headquarters on his first full day in office, an overture designed to repair relations, was undone by his ego and bluster. Standing in front of a memorial to the CIA’s fallen officers, he seemed to be addressing the cameras and reporters in the room, rather than the agency personnel in front of them, bragging about his inauguration crowd the previous day. Whether delusional or deceitful, these were not the remarks many of my former colleagues and I wanted to hear from our new commander in chief. I couldn’t help but reflect on the stark contrast between the bombast of the new president and the quiet dedication of a mentor — a courageous, dedicated professional — who is memorialized on that wall. I know others at CIA felt similarly.”

The final straw for the former NSC spokesman was a controversial directive issued by Trump that re-organized the NSC’s principals committee to include his chief strategist, Steve Bannon, and exclude CIA director Mike Pompeo (newly confirmed by the Senate under Trump) and the Director of National Intelligence (expected to be former Sen. Dan Coats (R-Ind.)).

Price’s decision comes on the heels of Trump’s decision to appoint Lieutenant General H. R. McMaster to replace Michael Flynn as his national security advisor. A highly decorated Army officer and historian known for his intelligence, McMaster stands out as the rare Trump appointee that didn’t ruffle any feathers on either side of the aisle.

Price stressed that his decision to resign wasn’t political and that he would have gladly worked under either a Democrat or Republican president.

You can read the entire op-ed here.