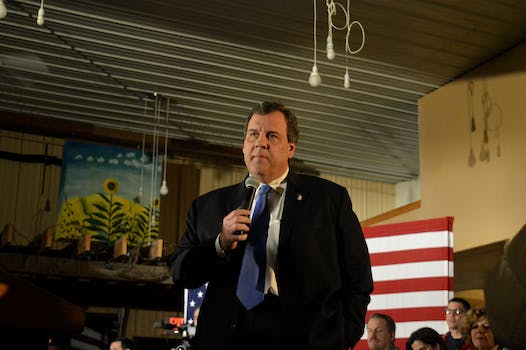 If polling was any indication, Christie never had a chance.

New Jersey Gov. Chris Christie will reportedly abandon his bid to be the Republican presidential nominee after poor showings in the first two nominating contests.

Unnamed sources close to the Christie campaign told multiple news outlets, including the Associated Press and Time, that the governor could announce the end of his campaign as early as today.

A conservative leader of a liberal state, Christie, who was elected in 2009 and easily won reelection in 2013, was once considered the favorite for his party’s nomination. Polls in April and November 2013 showed him with sizable leads over other presumptive candidates. But a scandal involving the closure of several lanes on the George Washington Bridge badly damaged his reputation, and while he has not been charged in connection with the incident, his status as the likely 2016 frontrunner never recovered.

Christie trailed his major rivals in 2016 polling almost as soon as the race got underway. And while he hammered President Obama and former Secretary of State Hillary Clinton‘s foreign-policy choices, touting his experience as a former U.S. attorney in the George W. Bush administration, he did little to challenge the man who eventually emerged as the leader of the Republican presidential pack, New York businessman Donald Trump.

Instead, Christie’s biggest impact on the 2016 race may have been his potentially fatal attack on Florida Sen. Marco Rubio during the Feb. 6 debate, in which he excoriated the freshman senator as a robotic candidate relying on talking points.

The image of Rubio as a robot took hold ahead of the Feb. 9 New Hampshire primary, and Rubio finished fifth on Tuesday night, earning no delegates.

Photo via Alex Hanson/Flickr (CC BY 2.0)