Standing behind Trump, Chris Christie looked like someone stole his puppy

Rather than ebulliently singing the praises of the next president of the United States on the occasion of the reality TV star’s victories in at least six Super Tuesday state primaries—which is what one would expect a person to do in this situation—Christie appeared to be on the verge of tears.

Christie, who dropped out of the presidential race early last month following a disappointing in the New Hampshire primary, endorsed Trump last week.

Moments later, standing in the background as Trump spoke, Christie’s mood did not seem to improve. 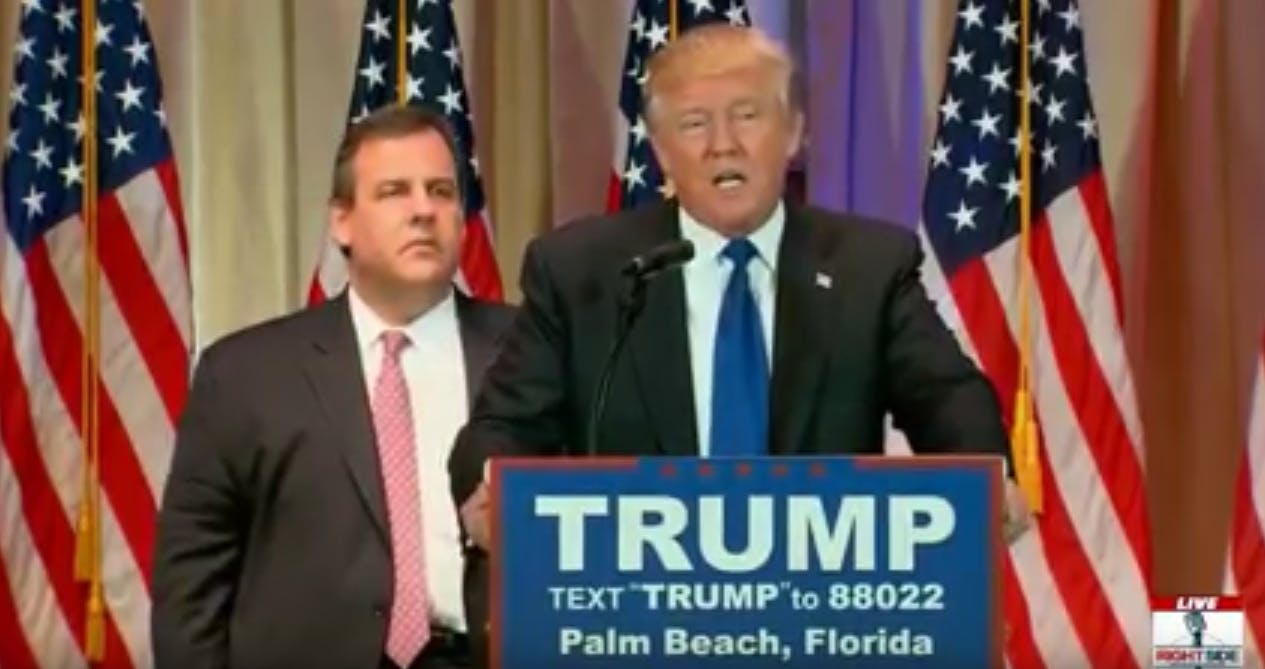 Instead, one might say, his face betrayed the existential dread of someone slowly coming to terms with the enormity of what they had done. 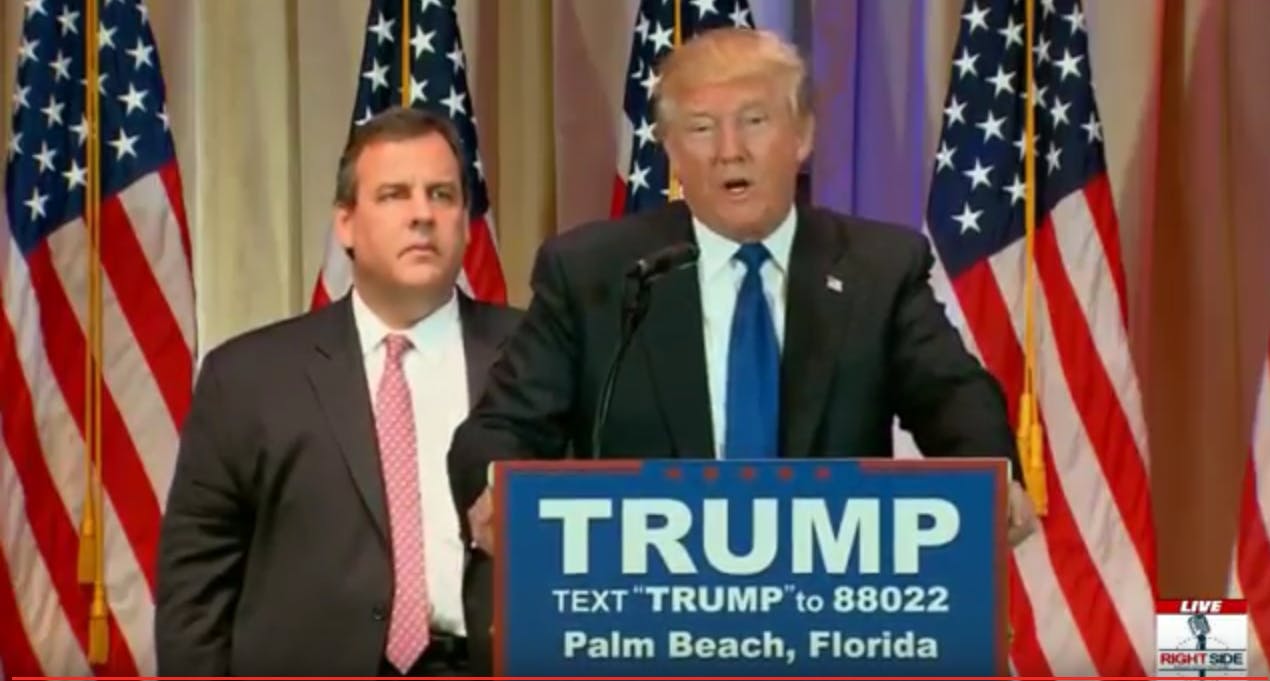 Christie’s endorsement of Trump is significant in that he is the first major sitting politician in the Republican party to back Trump’s candidacy. As the party establishment attempts to unite against Trump, Christie’s defection provides cover for other figures on the right who see a Trump nomination as inevitable to get on good terms with a potential Trump administration—maybe leading to, let’s say, an attorney general appointment for the former federal prosecutor.

Following his endorsement of Trump, a coalition of a half-dozen newspapers in Christie’s home state of New Jersey issued a joint editorial calling on the governor to resign due not only to his endorsement of Trump but also his chronic absenteeism: Christie spent 261 days out of state last year during his unsuccessful bid for the GOP nomination.

Judging by an exchange caught on a microphone during a Trump–Christie event a few days ago, Trump has a pretty good idea over who holds the power in this relationship.

On Twitter, many believe Christie’s face conveys that his campaiging for Trump is a bridge too far. Then, of course, they turned it into a hashtag: #FreeChrisChristie

On the upside, Springsteen may finally write a song about Chris Christie. CC will enjoy that in his little cage in hell. #FreeChrisChristie

Pop quiz: New York billionaire takes New Jersey governor hostage. What do you do. WHAT DO YOU DO? #freechrischristie pic.twitter.com/ucXKPfk7jh

Someone is eating their feelings tonight. I won't say who… But #freechrischristie pic.twitter.com/vyETHMGd09

All around me are familiar faces… https://t.co/cAee90DJ88

Man is condemned to be free; because once thrown into the world, he is responsible for everything he does. pic.twitter.com/P0r8YYCQ6H

And perhaps the most poignant one of all: