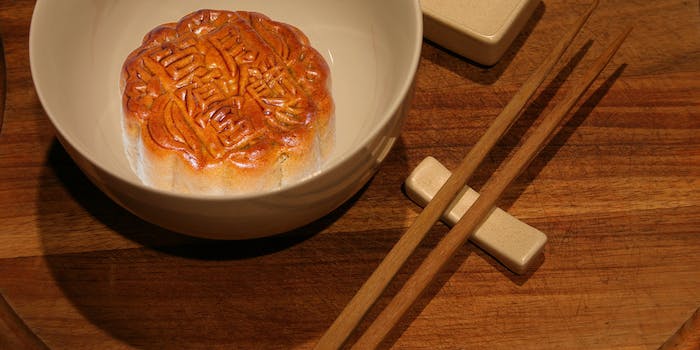 China bars its citizens from using YouTube and Twitter, imprisons more bloggers than any other country in the world, and employs an army of shadow commenters to influence public opinion.

So what better way for rebels to strike back than to hack a government site, uploading pictures of subversive, delicious, holiday-specific pastries?

Thursday is the Mid-Autumn festival, China’s major fall holiday. Per tradition, people give each other mooncakes—circular, rich, eggy, baked goods with a message printed on top. But while the official site of the city of Shaoxing (population 5 million) had mooncakes prominently displayed on its website, hackers gave them a distinctive flavor.

Instead of conventional messages like “longevity” or the name of the bakery that made them, the cakes on the hacked page are a little more subversive. “Overthrow CCP [Communist Party of China].” Other cakes in the carousel read “Get Lost, CCP” and “Bitterly Hate CCP.”

It wasn’t immediately clear who hacked the page. But apparently, those cakes were too rich for the Internet. Though it was working early Tuesday morning, the Shaoxing city website had crashed by that evening.