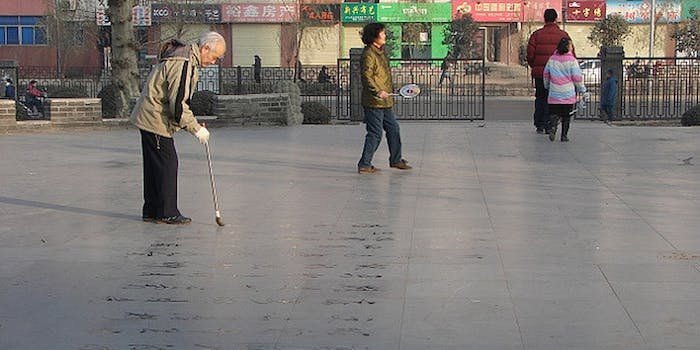 On Monday, the Chinese Communist Party launched its own version of We the People via the State Bureau of Letters and Calls.

We the People, the White House’s online petition platform, has allowed concerned citizens to call for actions on topics as divisive as gun control and whistleblower Edward Snowden. The site’s popularity and media profile is high, even if has often been decried as window dressing.

Now, what some would consider the least likely country to launch a citizen-speech platform has done so.

On Monday, the Chinese Communist Party launched its own version of We the People via the State Bureau of Letters and Calls.

This site will theoretically allow Chinese citizens to register grievances and start petitions, while obviating the need to travel to Beijing, once a prerequisite for complainants who wish to let the government know about pollution, corruption and other issues.

In the past, citizens have been “detained or prevented from coming to Beijing altogether,” noted TechPresident. “China recently started requiring train stations to print people’s real names on their train tickets and for stations to prevent black listed petitioners from getting on a train to Beijing.”

Given this resistance, citizens now often take mouse in hand to complain publicly via microblogs, such as Sina Weibo—at least until the country’s enormous online police force catches wind of it and often removes such comments from the public sphere.

Chinese citizens, however, appear to be somewhat skeptical about the motivations behind the portal.

According to the BBC, the site crashed on launch day, an event which, along with designing the site so it functioned only with Internet Explorer, has lead commenters on Chinese social media to doubt its effectiveness.

There is precedence for this large-scale computer failure. The party previously launched an anti-corruption platform in 2007 and again in 2009, which “would allow citizens to tattle on corrupt officials. Its builders designed it to handle only 1,000 users at a time. For a country of over a billion people. It crashed thoroughly both times it was opened to use.

Given that you cannot use the site unless you register using your real name, national ID or passport number, phone number, and address, it has lead “some to fear that petitioners could face retribution from local officials,” who are notorious for going to some lengths to keep their citizens from complaining to national authorities.

During the days of Mao Zedong’s Cultural Revolution, the Chinese leader announced a new openness in China, then used that openness to identify, detain, and eliminate opponents of all stripes. The same thing happened during the Beijing Spring of the late 1970s.