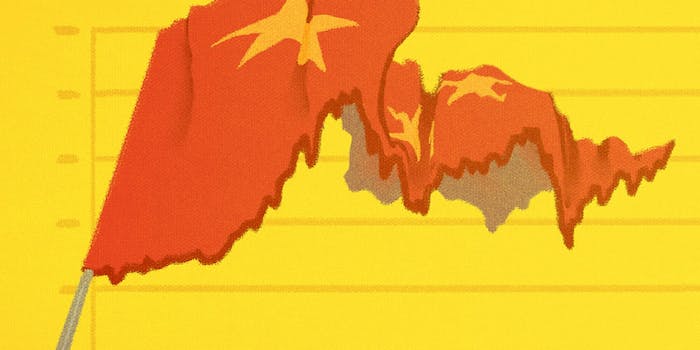 For the first time, China arrests hackers at the request of the U.S. government

But details are in short supply.

For the first time ever, the Chinese government has arrested hackers within its borders at the urging of the United States government, according to anonymous Obama administration officials who spoke with the Washington Post.

The arrests, which reportedly happened just prior to a historic cybersecurity agreement late last month between the the U.S. and China, targeted hackers who stole “commercial secrets from U.S. firms to be sold or passed along to Chinese state-run companies,” according to the Post.

News of the arrests come as tensions mount between the two powers over China’s recent expansion into the South China Sea and the U.S. Navy’s insistence on their freedom of navigation, no matter what new territorial claims the Chinese government is making.

It’s unclear how if at all the two nascent issues will affect one another. And specifics on the arrests in China are in short supply.

There is currently no publicly available information about who exactly was arrested or what punishments they face, but American officials appear to be hoping for public trials as a means of deterrence and proof of China’s commitment to the deal struck between Xi Jinping and President Barack Obama last month in Washington.

The void of information left security experts to make educated speculation at the news.

It is also unclear if those arrested were carrying out state-sanctioned attacks. If they were acting on government orders, an arrest would be “morale defeating,” Robert Lee, co-founder of Dragos Security and a U.S. Air Force cyberwar officer, said on Twitter.

The United States is currently operating on a “trust but verify” approach with China on hacking, according to Director of National Intelligence Mike Clapper.

News of the arrests comes amid mounting skepticism of the deal from American lawmakers from both major parties. Whether this will change minds despite the dearth of details remains to be seen.

The leadership of both countries have publicly claimed their own nations are victims to huge numbers of cyberattacks from the other.