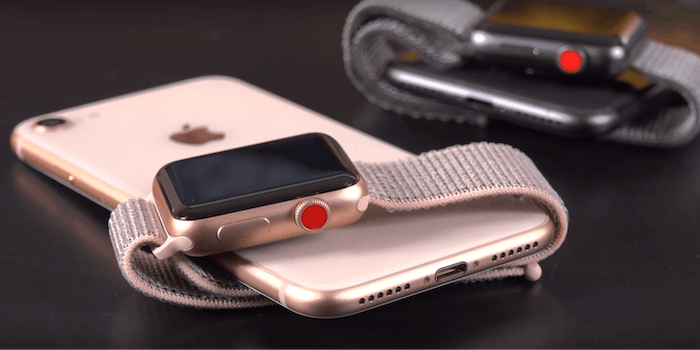 Experts think it's because the watch is hard to track.

Cellular services for the watch were abruptly shut down in late September for new customers of China’s three major providers, according to a report from the Wall Street Journal.

The Apple Watch 3’s cellular connectivity became available exclusively for China Unicom customers when the device went on sale on Sept. 22. Less than a week later, China Unicom terminated the service for new customers without explanation. Those already enrolled were not affected.

Unicom said in a statement that its LTE service was only offered on a trial basis and did not clarify if or when it would be reinstated. Analysts think the shut down has to do with China’s strict smartphone regulation. Users have to register their names in China to activate a mobile SIM. But the new Apple Watch doesn’t contain a normal SIM card, its “eSIM” is embedded in the device.

Chinese authorities don’t have a way to track an eSIM yet, which could explain the state-run network provider’s reluctance to allow cellular. Experts speaking with the Journal say China may be stalling a wide release until it figures out how to bypass the problem, which could reportedly take months. Apple’s website says cellular service is “coming soon” to all three Chinese carriers.

China’s Ministry of Information and Technology did approve Apple’s trial certification for using cellular services with its watch. However, it did not accept a formal certificate.

Anyone who spent $600 on an Apple Watch 3 in China and didn’t get to activate their eSIM will be missing out on one of the smartwatch’s main features. When Apple took the stage in September, it introduced the new version by emphasizing its ability to connect to the internet and operate without a smartphone. Users could send texts, receive calls, or get notifications right from their watch. But none of that works on its own without a cellular internet connection.

China and Apple’s relationship has become strained over the past few years after the phone giant was forced to shut down VPN apps that let users get past the Great Firewall, China’s series of filters that prevent citizens from accessing certain websites. In 2016, China suspended Apple’s iBook and iMovie offerings after releasing broad rules that prevent foreign companies from publishing online. Apple’s mobile market share in China has plummeted to 7 percent from 16.5 in 2014.