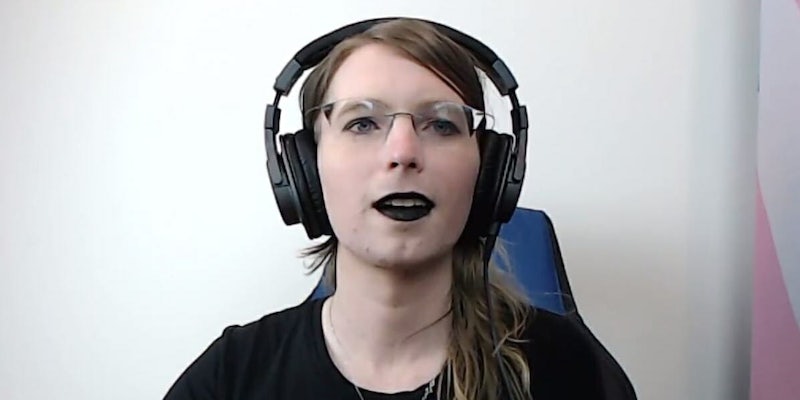 Whistleblower Chelsea Manning live streamed a gaming session on Twitch late Wednesday, ahead of her appearance before a grand jury demanding she testify about her interactions with WikiLeaks founder Julian Assange.

Viewers logged on to watch Manning play battle royale shooter Apex Legends before she switched across to Red Dead Redemption 2 for some slower-paced fun.

Manning was in good spirits, joking and entertaining her audience despite the likelihood that she will be back in prison on Thursday evening, having vowed to defy a subpoena from federal prosecutors in Virginia demanding she testify before a grand jury.

The subpoena represents the second attempt this year by prosecutors to pry testimony from the whistleblower, known for having leaked 750,000 classified military files to WikiLeaks.

In March, Manning refused to cooperate with a subpoena requiring her to appear before a different grand jury. The price of that decision was a 62-day imprisonment for civil contempt. She was released last week when that first grand jury investigation finally expired.

Before even leaving prison, however, Manning was served with a fresh subpoena to appear before the new grand jury on May 16.

“I am going to refuse,” Manning told CNN on Sunday. “I think that this grand jury is improper… I think that all grand juries are improper. I don’t like the secrecy of it.”

Manning’s legal team believe the investigation is related to the Trump administration’s pursuit of Assange, who faces extradition to the U.S. over charges issued by the Justice Department upon his arrest in the U.K. in April.

“I think that what’s interesting here is that the process of a grand jury is to obtain indictments. We already have an indictment. So why are we going through this process?” she said of Assange.

What is clear, from the internet’s reaction to Manning’s livestream, is that she has no shortage of support.