“They have weapons,” the cover says. “Fuck them. We have champagne!” 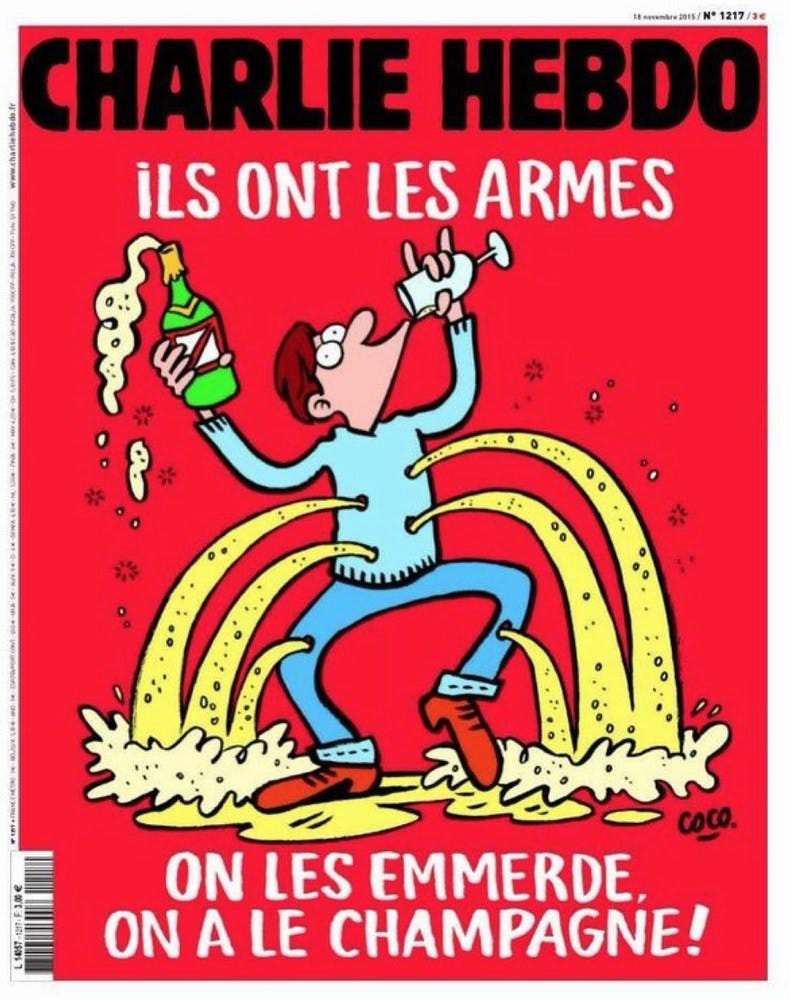 Charlie Hebdo was itself the target of a terrorist attack in January that left 12 journalists and cartoonists dead at the magazine’s Paris office.

On Friday, Charlie Hebdo cartoonist Joann Star released a series of illustrations about the attacks. One read: “Friends from the whole world, thank you for #PrayforParis but we don’t need more religion! Our faith goes to music! Kisses! Life! Champagne and joy! #Parisisaboutlife”

Photo via Francois Schnell/Flickr (CC BY 2.0) | Remix by Max Fleishman