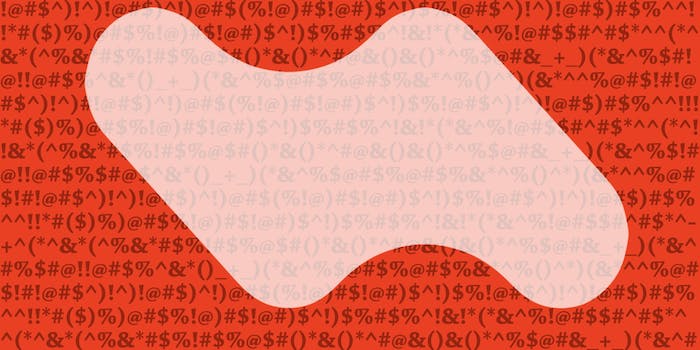 Worrying that somebody was reading your messages used to seem paranoid. But after the National Security Agency revelations and hacks on both major companies and popular startups, the fear that your private messages and information could land before an audience you didn’t approve is a completely reasonable concern.

A Rochester, NY-based startup called Etransfr wants to push encrypted messages into the mainstream—and it has, for better or worse, a high-profile supporter in John McAfee, the anti-virus software magnate-turned-eccentric erstwhile jungle-dweller. McAfee’s company, Future Tense Private Systems, has partnered with Etransfr on this app.

At the Rochester Institute of Technology Imagine festival this week, Etransfr debuted Chadder, a free encrypted messaging app for Android and Windows, with an iOS version in the works. Etransfr’s team is largely undergraduate and graduate students from RIT, and they want to combine security with a user experience good enough to stand up to more mainstream competitors.

There are a variety of ways to encrypt email. And messaging apps that promise anonymity (like YikYak) are available as well. But there aren’t any mainstream messaging apps with secure encryption. While Wickr is the best and most high-profile messaging app with encryption, it hasn’t yet reached the popularity level of WhatsApp or Snapchat.

Chadder wants to change that by making encrypted messaging extremely simple. Users of the app can send each other messages, just like they do on apps like WhatsApp. But nobody except the intended recipient and the writer can read the message, since the app uses key server encryption to obscure the content. Rather than using long, complicated encryption keys, however, it uses simple four-digit codes.

While this solution is user-friendly, it may be too simple—or ill-designed—to provide real security. The four-digit key codes need to be stored on a server, which the company doesn’t describe. So Chadder requires users to trust the company to keep that data safe without providing a true safeguard.

Etransfr is a young team, and they need to explain how their data storage works in far more detail before people start trusting them. But they’ve gained McAfee. In some ways, McAfee has a strong pedigree for boosting a small encrypted messaging company. He did create a large company devoted to selling anti-virus software, after all. (But that was decades ago.) He also worked at NASA and founded Tribal Voice, which worked on early instant messaging programs.

In recent years, however, McAfee has gained notoriety for other reasons. He was a fugitive in Belize after fleeing questioning over his neighbor’s murder, ran to Guatemala, and was deported to the U.S. His location as a fugitive on the run was compromised by a VICE reporter, who forgot to turn of a photo geo-tagging feature, which doesn’t exactly exemplify McAfee’s security savvy.

So it’s a risky move for Etransfr to throw their hats in a barrell with his company, but it will provide a boost in both publicity and resources. Perhaps McAfee will help the company find a better way to explain how keeping data on a server won’t open it up to hacks.

Interested in the concept of encrypted messaging but wary of using a McAfee-associated project? Or just wary of Chadder’s ambiguous server situation? Wickr already exists, and provides an even more robust roster of private communication. And its founder, Nico Sell, has pledged not to make money off the app’s users, and is instead focusing on selling her suite of security software to other businesses. She’s also never ran around Central America after being accused of making her own drugs and murdering someone.