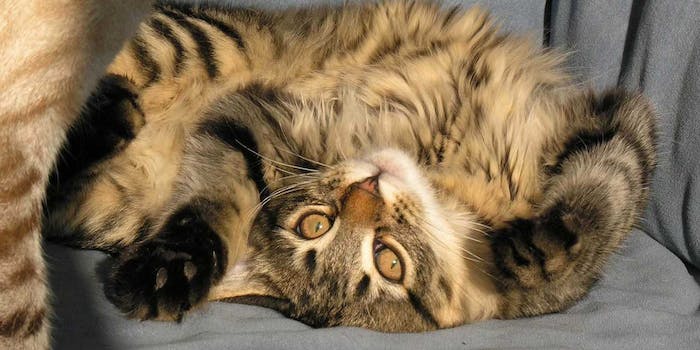 "The only escape from the miseries of life are music and cats..."—Albert Schweitzer

An Israeli startup promises to take the Internet’s unceasing fascination with all things feline to new levels—by developing technology that will allow you to play with cats over the web.

The brainchild of petshop owner Gilad Gelfand and developer Amir Guterman, Haaretz reports that Cat2See comprises of three components: a controllable webcam, a robotic arm with a toy on the end, and a feeding device that can be programmed to feed either automatically or at the push of a button. All three are controllale via web browser or specialized app. The entire setup retails for $169. 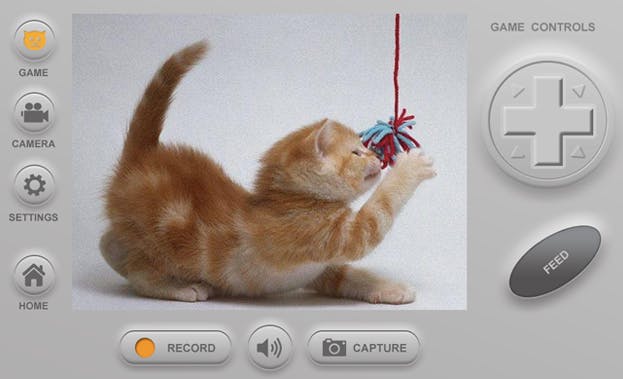 A screenshot of the app interface.

“23% of the blogs on the Internet are on cat topics,” claims Gelfand—somewhat dubiously—but nonetheless the interest that his product has provoked is clear. Israeli newspaper Haaretz has named Cat2See their startup of the week, and despite no advertising, the company is seeing “pre-booking orders from the whole world—Canada, United States, Colombia, New Zealand, Brazil and more.”

“I was in shock,” Gelfand said. “Pre-orders are coming in from countries I never even heard of.”

The technology bears marked similarities to iPetCompanion, an American product that allows web users to play with cats housed in shelters across the U.S. with remote-control toys and webcams. However, whereas iPetCompanion is aimed at providing stimulation pets in shelters and encouraging adoption rates, Cat2See is firmly aimed at the consumer market. That said, Cat2See is also now working with adoption agencies: “We’re donating systems to them for their adoption rooms,” so potential cat adopters can “virtually meet” and interact with the cats before visiting.

Concluding the interview with Haaretz, Gelfand ends on a philosophical note:

“People wondered why we got into this. They don’t get it cats are the strong thing in the world today… They’re the strongest thing on the Internet, cats are the most interesting pet. There’s nothing like cats. Cats are king.”