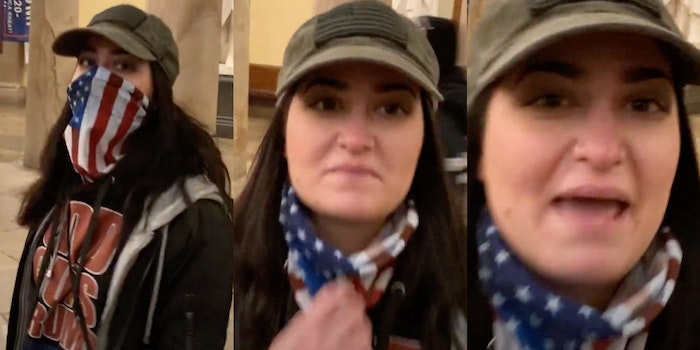 A new video trending on Reddit shows a couple inside the Capitol building on Jan. 6, where a rioter tells his wife to put her mask back on so the feds can’t ID her—as he films her for social media.