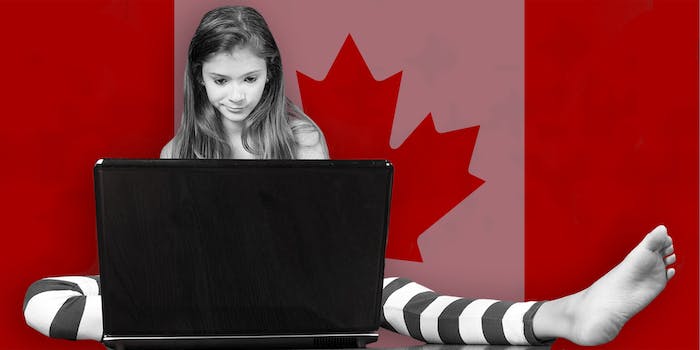 Canada stands up for net neutrality with new ruling

No longer can Canadian wireless providers give their own video services preferential treatment.

Canadian regulators have handed down a major ruling in favor of net neutrality.

No longer will wireless providers be exempt from data caps.

Wireless providers Bell and Videotron, who are also television broadcasters in Canada, had been giving preferential treatment to their own video services by not counting them against subscribers’ monthly usage limits. Other online video, such as YouTube and Netflix, however, was counted normally. To anybody who follows the subject, this is a textbook violation of net neutrality—the premise that all data must be treated equally.

In a ruling issued Thursday morning, the Canadian Radio-television and Telecommunications Commission said the companies must discontinue the practice by April 1.

“When the impetus to innovate steps on the toes of the principle of fair and open access to content, we will intervene,” CRTC chairman Jean-Pierre Blais said in a speech.

“We will defend and support an open Internet. Canadians want an open communication system. And we heard you.”

In 2009, the CRTC set relatively strong net neutrality rules that prohibited unjust discrimination of traffic by both wired and wireless Internet providers.

That was in response to previous throttling of certain applications, such as Bittorrent and online games, by Bell and other ISPs, who said their traffic management was necessary to combat network congestion. The 2009 rules urged “economic measures” such as additional network investment and data caps rather than traffic shaping as a means of avoiding that congestion.

Thursday’s decision means the CRTC is applying broad net neutrality principles to those economic measures as well, according to Ben Klass, the student who filed the complaint against Bell in November, 2013.

“The CRTC chairman was unequivocal that their position is to support an open Internet and to prevent the handful of vertically integrated providers from taking a gatekeeper-like position,” he told the Daily Dot.

Klass, a PhD student in telecom policy at Carleton University in Ottawa, initially lodged the complaint because he thought what Bell—and later Videotron—was doing was unfair.

“If Bell can encourage its own customers to watch video, so long as its their own video, how can they possibly justify limiting people’s use of the broader Internet?”

Bell and Videotron did not return requests for comment.

The ruling comes as the CRTC’s American counterpart, the Federal Communications Commission, is set to unveil its own proposal for net neutrality enforcement in February.

The FCC is expected to push for the reclassification of wired and wireless ISPs as telecommunications providers under Title II of the Communications Act, which would make the provision of Internet access subject to its regulation.

FCC Chairman Tom Wheeler and President Barack Obama have said this reclassification is the best way to prevent ISPs from giving preferential treatment to certain kinds of content.

The wireless video situation in Canada has some parallels in the United States. T-Mobile, for example, has drawn criticism for its “Music Freedom” program, which exempts certain big music services, like Spotify, from users’ data caps.

Comcast was also criticized in 2012 for exempting traffic to X-Box 360 video game consoles for its home Internet subscribers.

Last year, Verizon successfully argued before the courts that the FCC didn’t have the authority to impose net neutrality rules on ISPs because Internet access was considered an information rather than a telecommunications service. Similarly, Bell argued that its wireless video was a broadcasting service and therefore not subject to the net neutrality rules.

But no more. With its ruling, the CRTC has clearly rejected that argument.

Photo via “PictureYouth“/Flickr (CC BY 2.0) | Remix by Fernando Alfonso III