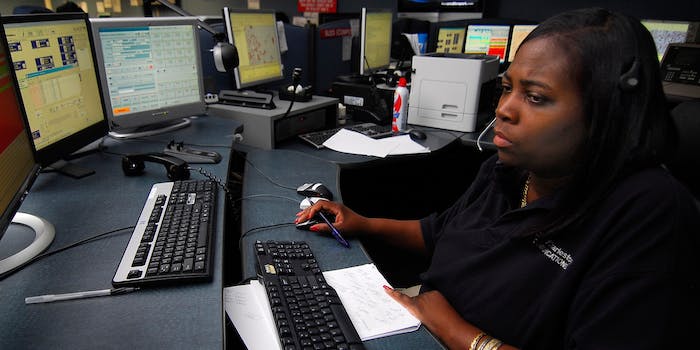 Soon you’ll be able to text 911 for help

Go easy on the emojis, though.

There’s no helping the sort of person who forgoes a 911 call and consults WebMD about how to treat a gunshot wound, but in the near future, emergency services may get a 21st-century makeover.

The Federal Communications Commission wants all wireless carriers to offer text-to-911 capability by the end of 2014.

Aside from benefiting thumb-tapping tweens who wouldn’t be caught dead using a phone the way it was originally intended, the proposed rulemaking on “Next Generation 911 Deployment” would also free variously deaf and speech disabled people from the limitations of existing text-to-voice relay services. It’s also thought that a texting system could relieve overloaded networks that can’t immediately process calls.

The FCC is seeking public comment on the idea through April 4, though the big four carriers—T-Mobile, Sprint, AT&T, and Verizon—have already committed to launching text-to-911 by May 15 in areas where call centers are equipped to handle those messages. At this stage, it’s just a matter of smoothly integrating “regional, small and rural carriers,” particularly when it comes to liability protection for those companies.

But don’t Snapchat a photo of your burning house and expect the fire apartment to show up, as “interconnected text providers” like WhatsApp present “unique technical complexities” when it comes to implementing 911 access. All the same, the FCC wants to hear some ideas on how to eventually bring “over-the-top” apps aboard. So go ahead and give them an earful—it’s not every day that the federal government asks your opinion.