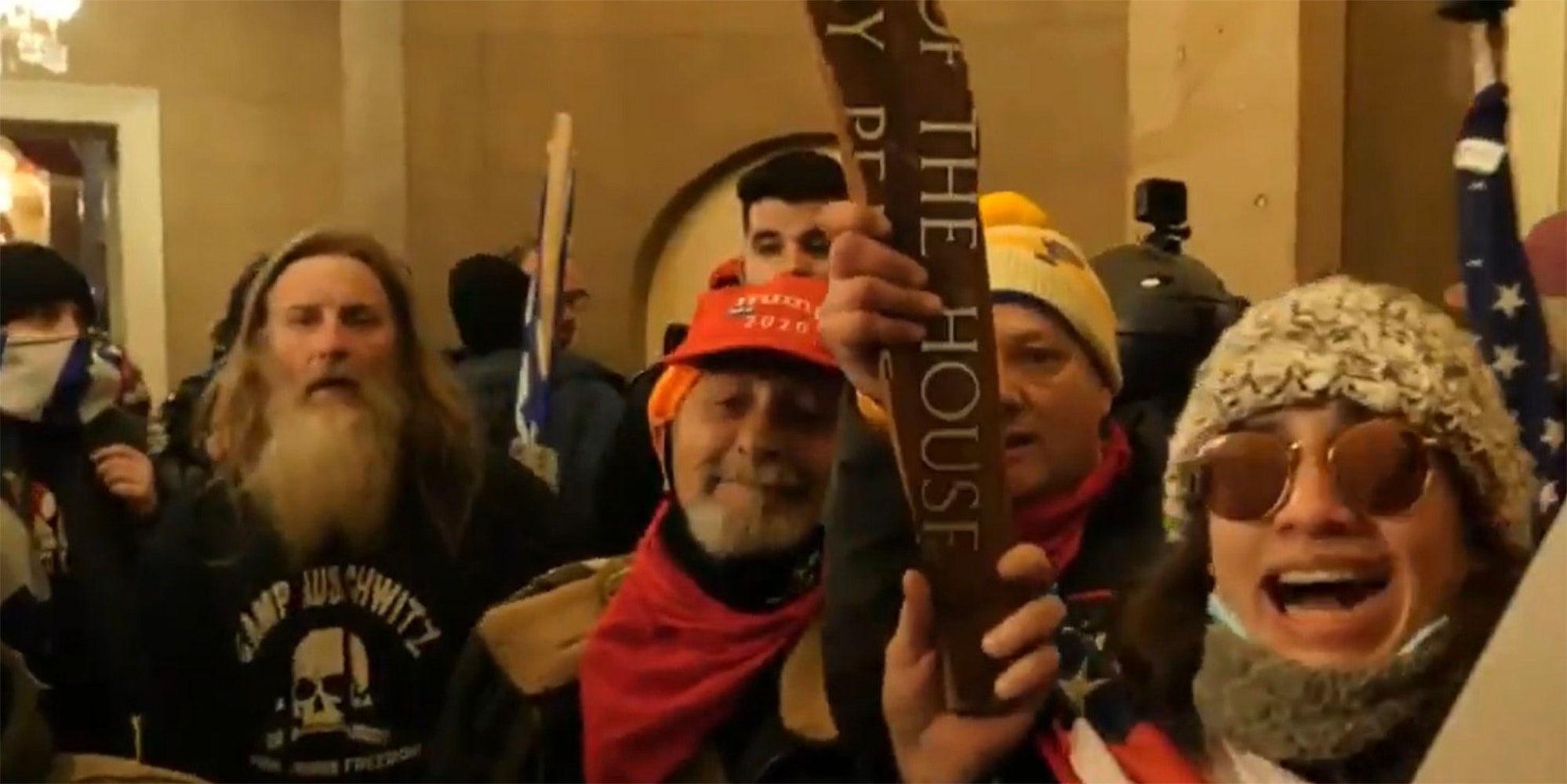 'This was the Founders' nightmare.'

As photos from Wednesday’s riot at the U.S. Capitol circulated in the news and on social media, a number of people jumped on Twitter seeking to identify rioters with neo-Nazi ties—while a number were aghast at photos of a man with what appeared to be a pro-Holocaust sweatshirt celebrating “Camp Auschwitz.”