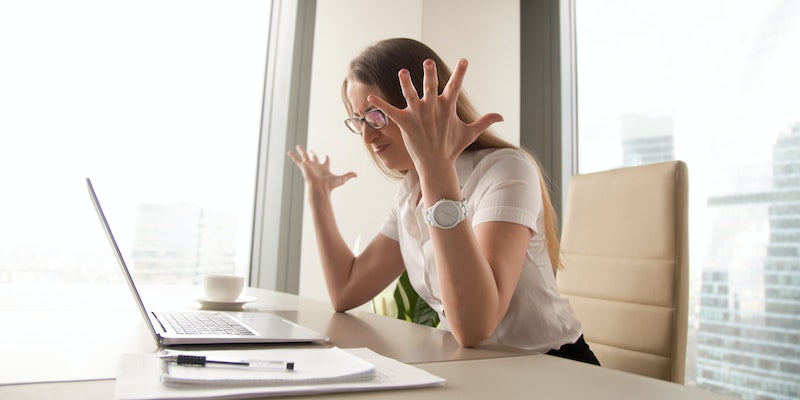 42% of those polled were 'dissatisfied' to some degree about broadband costs.

Nearly half of Americans aren’t satisfied with the price they are paying for their broadband service, according to a new survey.

Consumer Reports released its survey today that found that 42 percent of those polled were “dissatisfied” to some degree about the price they’re paying for their internet service. The survey found that 27% of people were “somewhat dissatisfied,” 10% were “very dissatisfied,” and 5% were “completely dissatisfied.”

Additionally, 21% of people asked said it was “somewhat difficult” to afford their monthly internet bill, with 3% saying it was “very difficult” to do so.

As for respondents who didn’t have high-speed internet service at their home, 32% of people said the reason was because the costs were too high, while another 25% said they didn’t have the connection because it wasn’t available where they live.

“This survey reinforces what we already suspected: that getting online for millions of Americans is too costly, and in many cases the service is inadequate,” Jonathan Schwantes, senior policy counsel at Consumer Reports, said in a statement. “As the pandemic continues, being able to connect to high-speed internet makes all the difference in the world, whether you are applying to a job or video chatting with family and friends.”

The survey asked 2,565 adults about their internet service in June.

While the bill still has to go through a vote in the Senate and the House of Representatives, the current framework includes $65 billion for broadband.

It also includes provisions for providers who get funding to offer low-cost affordable plans and for providers to display a “Broadband Nutrition Label” so people can compare plans, according to the White House.