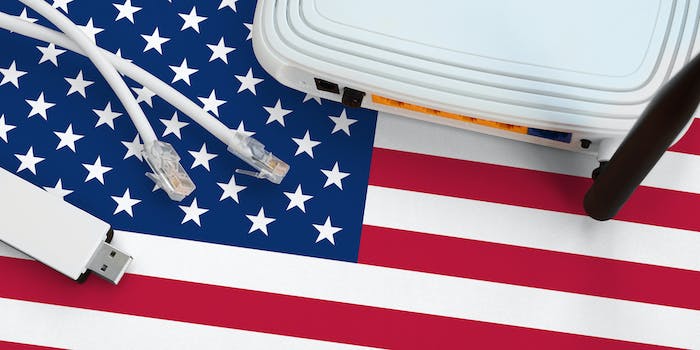 A new study shows that the digital divide and broadband availability gap in the United States is much higher than what the government currently says it is.

The Federal Communications Commission (FCC) estimated last year that 14.5 million Americans lacked access to broadband. However, a new report from BroadbandNow released this week shows that number is much higher, checking in at 42 million.

The digital divide, the gap between Americans that have access to high-speed and affordable broadband and those that don’t, has been highlighted by the coronavirus pandemic because people relied on the internet to work and go to school. Images went viral during the pandemic of children doing school work fast-food restaurant parking lots to connect to the internet.

BroadbandNow manually checked more than 58,000 addresses using “check availability” tools from 11 large internet service providers (ISPs) to see whether wired or fixed wireless service was available. The addresses were from areas that at least one of those 11 ISPs offered service according to a form the FCC has where ISPs self-report whether broadband is being served

That form, Form 477, has been criticized in the past because if an ISP offers service to just one one home in a Census block, the FCC counts that entire area as having access from that provider. That is an issue because many Census blocks can be enormous, and counting one person as having access as serving an entire area leads to over-reporting of availability.

Ultimately, BroadbandNow estimated that 42 million Americans don’t have the ability to purchase broadband internet service. They also found that all sources of providing internet—DSL, fiber, cable, and fixed wireless—were over-reported on broadband maps.

The FCC, then under Republican controlled, touted the numbers in their report last year.

However, the maps used by the FCC to determine broadband availability are known to be flawed. Earlier this year Acting FCC Chairwoman Jessica Rosenworcel announced that a new task force would “coordinate and expedite the design and construction of new systems for collecting and verifying data” that would “more accurately measure and reflect our broadband needs.”

You can read all of the BroadbandNow study here.