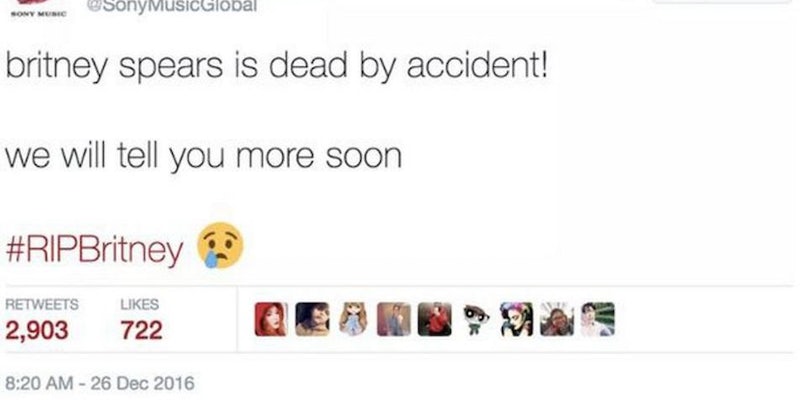 Oops, they did it again.

Sony Music’s global Twitter account said yesterday the singer had died from an accident, following the statement with the hashtag #RIPBritney.

The not-so-convincing tweet, which was posted just a day after it was announced that pop singer George Michael had died, was captured by the folks at CNET. 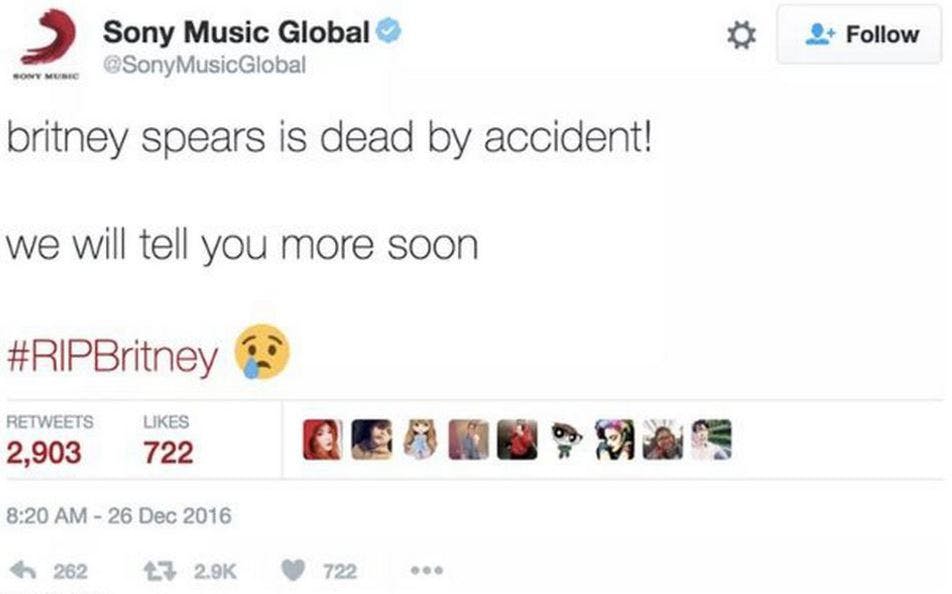 2016 has been a tough year for the discerning newsreader, though this should go down as one of the year’s more obvious lies. Awkward phrasing aside, we hope the lack of formality in the phrase “britney spears is dead!” didn’t have anyone fooled.

Sony was quick to stifle any rumors, posting a follow-up tweet moments later blaming hackers from a “new IP”” address and adding the hashtag #OurMine. OurMine is the hacking group that took control of several Twitter accounts just last week, including those from the NFL, Netflix, and Marvel. The group also hacked and released the stupidly simple password of Facebook CEO Mark Zuckerberg’s account back in June.

No evidence of the tweets can be found on Sony’s Twitter page anymore, and Spears’ manager, Adam Leber, has confirmed to CNN that the singer is “fine and well.”

It has been a rough year dealing with hackers. All we can ask for in 2017 is that they quit playing games with our hearts.