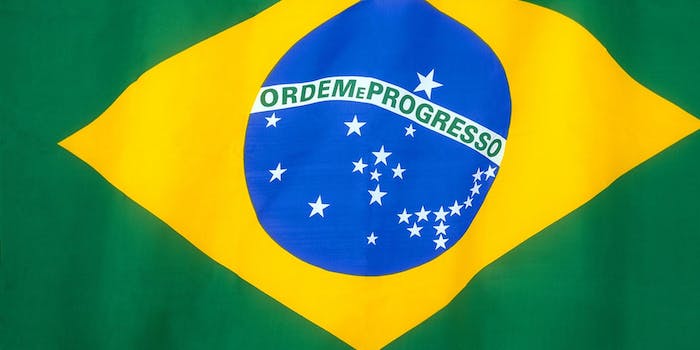 How Brazil’s spying efforts differ from the NSA

The NSA has argued that every nation spies. Do recent revalations that Brazil spied on U.S. diplomats prove them right?

On Monday, however, Brazil was put in an awkward public relations position when a source at its own intelligence agency revealed that the country had spied on U.S., Russian, and Iranian diplomats between 2003 and 2004.

In the day since the Brazilian spying was disclosed, there has been considerable debate as to whether the revelations justify the NSA’s online and telephone surveillance of foreign governments such as Brazil and Germany—in short, the “everybody spies” argument.

While certainly this puts Brazil on shaky moral ground to some extent, it’s worth noting that the actual spying that occurred was relatively tame: The country monitored rooms rented by the U.S. a decade ago. As the New York Times reported, the newspaper Folha de São Paulo revealed that the Brazilian Intelligence Agency, often referred to as Abin, followed and photographed Russian and Iranian diplomats and monitored commercial property in Brasilia that was leased by the U.S. embassy.

And here’s another point worth noting: While it is unclear what the NSA’s intent was when they spied on Petrobras (the partially state-owned Brazilian oil company), the nature of that spying is very different than diplomatic espionage. When a government spies on a company in another country with the aim of gaining a technological or economic advantage it is known as economic espionage. This form of spying is much more openly condemned by the U.S. and others. In fact, the U.S. is currently involved in negotiating trade agreements with both Europe and Asia that seek in part to stem such activity.

All of that said, there is no particular reason to think, at this point, that the Folha de São Paulo report is the extent of Brazilian spying on foreign diplomats or businesses. (If the summer has taught us anything, it’s that intelligence leaks can trickle out slowly over a long, long period of time). And further, the question still remains as to whether Brazil would spy on the U.S. to the extent the NSA spied on Brazil had they the technological capabilities and infrastructure opportunities.

This “everybody spies” debate, of course, is somewhat fruitless. Arguing that all countries spy on each other is a not-so-subtle nod to an intelligence strategy that, given the ongoing digitization of communication, will no doubt lead to a sort of surveillance arms race. And eventually, no matter what your personal comfort zone with surveillance, this race would eventually push state-sponsored spying well beyond it.