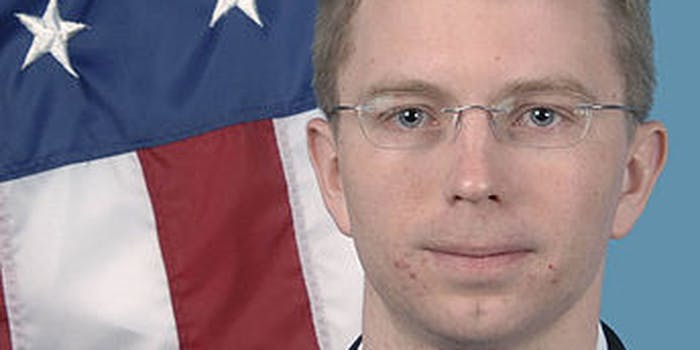 Manning faces up to 90 years in prison for leaking classified military information to WikiLeaks.

Last month, Manning was convicted of 20 charges ranging from theft to espionage, which together carry a potential maximum prison sentence of 90 years. His apology comes as the sentencing phase of his trial nears its conclusion.

“I’m sorry that my actions hurt people and I’m sorry that it hurt the United States,” Manning told the judge. “I understood what I was doing and the decision that I made. I’m sorry for the unintended consequences of my actions…When I made these decisions I believed I was going to help people, not hurt people.”

According to an RT television broadcast, Manning was on the verge of tears as he gave his apology.

Among the documents revealed by Manning were the Afghan and Iraq War Logs, which provided detailed information about civilian and military casualties in both conflicts. The Army private also disclosed 250,000 U.S. State Department cables.

In addition, Manning is responsible for leaking a military video of a U.S. Apache helicopter firing on and killing both armed and unarmed civilians as well as two Reuters journalists. Manning was acquitted on this charge.

According to RT, Manning apparently told the judge he should have done more to work “within the system” to address his concerns. “How on Earth could I, a junior analyst, possibly believe I could change the world for the better over those with proper authority?”

Manning will have 6 months to appeal his sentence once it is handed down.