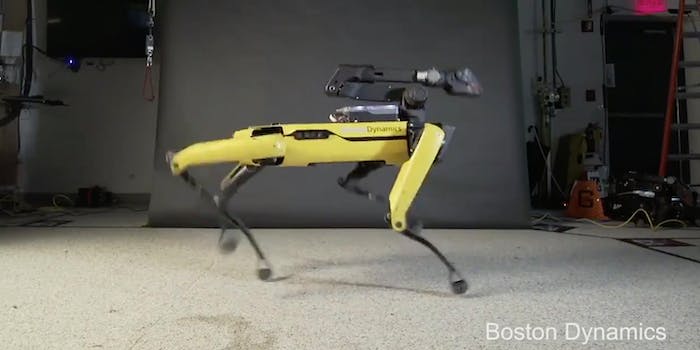 It twerks. It moonwalks. It's only a matter of time before world domination.

Boston Dynamics, the engineering team behind robots that do everything from run and jump to wash dishes, has once again debuted a video that’s either amazing or creepy, depending on your point of view. This time, the team’s robot dog SpotMini is dancing its artificially intelligent butt off to Bruno Mars’ “Uptown Funk.”

Its dance moves are, admittedly, pretty decent. SpotMini twerks, moonwalks, and works the dance floor better than a lot of humans could.

Even if the human race is doomed, at least we can watch entertaining robot videos until our imminent demise.