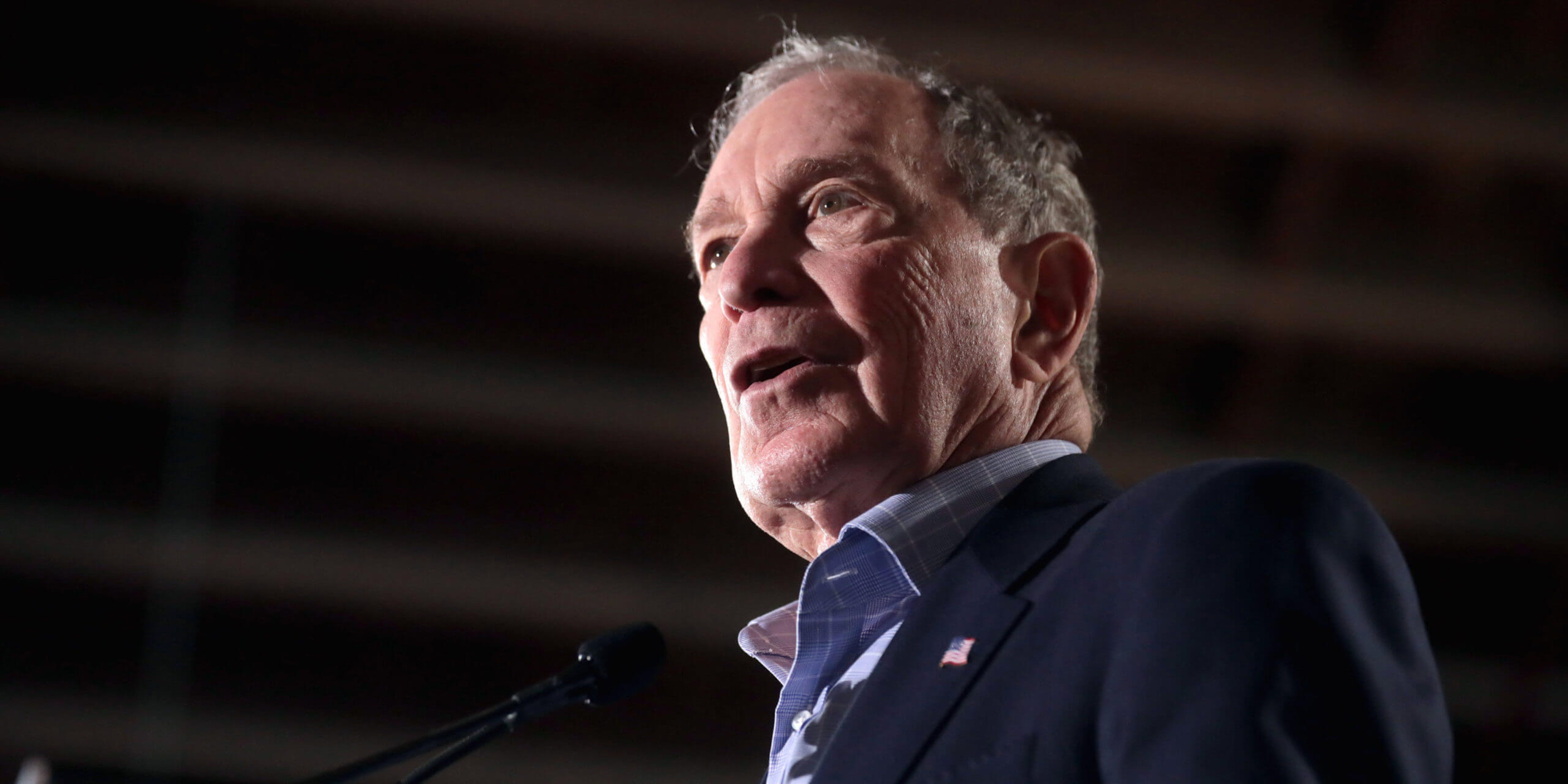 Young voters will be important to any 2020 Democrat seeking to win the upcoming election.

Billionaire and 2020 Democratic presidential hopeful Michael Bloomberg said in 2016 that he believed young people were drawn to democratic socialism—the politics 2020 rival Sen. Bernie Sanders (I-Vt.) espouses—because they thought it had something to do with social media.

A clip of Bloomberg making the remarks was posted on Twitter by CNN’s Andrew Kaczynski on Tuesday.

In the clip, Bloomberg says he didn’t mean to “knock young people” before basically doing that.

“The young people—I don’t mean to knock young people, I wish I was one again—but young people listened to Bernie Sanders, and they said ‘yeah Democratic, that’s good. Socialism. Yeah, that’s that social media stuff,” Bloomberg says in the clip. “Because our kids no longer learn civics in school. They no longer study western history, they no longer read western literature.”

“We are trying to change and dumb down the system, and if you don’t know what happened in the past, you’re going to have to relive it. It’s unfortunate, but true. I think it’s very dangerous, the world we’re going into. You see both the left and the right coming up here, and the middle is getting–unfortunately—not listened to anymore. It’s the extremists that are going to shape the political culture, if we’re not careful, going forward.”

Sanders, who has called himself a Democratic socialist, has strong support among young people in the country—a base of voters that any 2020 Democratic potential hopeful would need to win in the upcoming election.

A poll from December last year from Quinnipiac University found that Sanders had a 60 percent favorable rating among voters between 18 and 34.

Similarly, a more recent poll from the university found that 64 percent of voters within that age range would vote for Sanders over President Donald Trump, compared to 56 percent who said they would vote for Bloomberg over Trump.

It’s been evident over the past week that Bloomberg and Sanders have become foils for one another as the 2020 primaries and caucuses move forward.

The two candidates had a public Twitter spat earlier this week, and they will, for the first time, square off against one another during Wednesday night’s debate in Nevada.