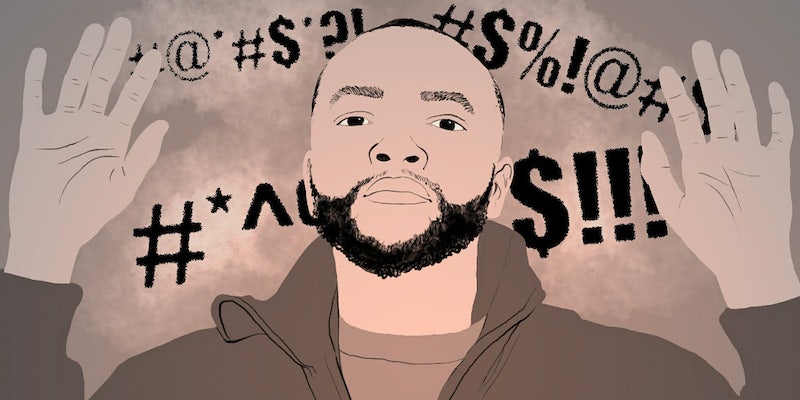 Patrisse Cullors doesn’t respond to trolls often—not for the lack of opportunity.

Cullors co-founded the Black Lives Matter movement with Alicia Garza and Opal Tometi in 2013, after George Zimmerman killed 17-year-old Trayvon Martin. The events of the past few years, as Black Lives Matter rose to prominence following the August 2014 shooting of Michael Brown in Ferguson, Missouri, have made her and her fellow activists experts in dealing with all forms of insulting characters through hardened restraint.

With trolls on Twitter and other platforms coming after Black Lives Matter daily, we asked the co-founders and other members of the movement how they identify and deal with hateful harassment.

Know who the trolls are and where to find them

Trolls send Internet messages—often mocking, aggressive, or downright cruel—to provoke emotional reactions from other users. They’re jerks on purpose. But it’s not always easy to know what kind of troll you’re dealing with.

“Ignore with all your might, unless there’s a direct threat to life. Then report.”

“There also are trolls that show up to events and city council meetings that are in direct opposition to what we’re trying to get accomplish,” Cullors says.

Some make a point of drawing distinctions between different kinds of negative online commenters:

Garza says she will respond to misinformed people to clear the air on any false information about the Black Lives Matter organization or the movement’s purpose.

“It depends on what is happening. Sometimes people will say stuff that is just so stupid that it doesn’t deserve a response,” she says. “Other times, there are things that are said that are just wrong. So they’re important to clarify. So I do, but I rarely go more than 10 tweets with someone.”

Still, Garza isn’t sure how to separate honest people from blatant racists. She says prejudice and systemic racism are different, and that it’s important to understand the difference when engaging with people expressing these beliefs.

“They could be earnest and honest in expressing prejudice ideas and believing deeply they deserve the privileges that they get unfairly off of the backs of people of color,” she says, calling out honest people who are still racist.

@aliciagarza Ok I will. I don't agree with what you helped start. BLM is only encouraging hatred and trying to start a race war.

As Garza defines it, prejudice is having preconceived notions about somebody else, and it’s confined to specific individuals. Racism is systemic and embedded in institutions that determine the life circumstances of black people. Prejudice and racism are connected, but aren’t the same thing, she says.

Arielle Newton, the editor-in-chief and founder of Black Millennials, draws no such distinction. “It’s all the same to me,” she says. “Except, black trolls can’t be racist because racism is based on institutional power that black folks don’t have. So I call black trolls self-haters.”

What the trolls say

One of the big argument-inciting questions Cullors sees is, “Black Lives Matter is racist. Why isn’t it All Lives Matter?”

Unnumbered advocates of All Lives Matter use this rhetorical tact as a counter argument to call Black Lives Matter a hate group or to disregard the movement’s purpose, according to Garza, who wrote an essay for the Daily Dot’s sister publication, the Kernel.

No–we don't manage the movement. And believe me when I say the movement is REALLY clear on that. https://t.co/Nba4gcDu5l

Some people who say All Lives Matter may genuinely not understand that black people are under attack and surveillance, which stems from U.S. slavery and is rooted in systemic anti-black racism. This is what makes the movement for black lives necessary as opposed to “all lives.” Furthermore, as the official Black Lives Matter official account once tweeted, anyone who ascribes to All Lives Matter should also be fighting for black lives.

Tometi says that the benefits white people enjoy leads people to believe that we are all equal—that by saying Black Lives Matter, it’s negating everyone else.

This system is working as it was designed to work – subjugate and kill black people. Time to shut it down & keep it down. #BlackLivesMatter

“The reality is that there are some lives that are being most targeted, most brutalized, most murdered … and most specifically oppressed—systemically, and we have to address that,” says Tometi.

Another question Black Lives Matter’s co-founder hear often is, “Why aren’t we focusing on black-on-black crime?” In this case, critics of the movement are shifting the conversation away from the impact of systematic racism.

Garza says the people who talk about black-on-black crime are the same people who use #AllLivesMatter.

“Because black-on-black crime—I don’t even like that term—basically what they are talking about is violence inside a community.”

“Because black-on-black crime—I don’t even like that term—basically what they are talking about is violence inside a community,” says Garza, adding that intraracial violence exists in every community.

According to the U.S. Department of Justice, “most murders are intraracial.” From 1980 to 2008, the rate of “black-on-black crime” was slightly higher (93 percent) than “white-on-white crime” crime (84 percent), meaning white people kill each other almost as much as black people kill one another.

In terms of sheer numbers, however, there is far more white-on-white crime in the U.S. simply because there are far more white people. According to 2014 Census data, black or African-Americans are only 13.2 percent of U.S. the population. Non-Hispanic white Americans make up 62.1 percent.

Garza says the black-on-black crime narrative is a way to claim that racism doesn’t exist. “Because if black people are killing each other, then why is there so much of a focus on white people?” she asks. “That is because white people have institutional, economic, social, and political power in a way that black folks don’t.”

“Overall, I think the conversation about intra-communal violence can’t be separated from white supremacist violence in the form of space and violence,” she added. “When you isolate, disenfranchise, and devalue a group of people … it’s a very human response that people would take their own powerlessness out on one another.”

Cullors recalls co-optation of the #BlackLivesMatter hashtag. “There was a thing that was happening a lot—#BlackLivesSplatter, which is really disgusting and disturbing,” she says. From Cullors’ perspective (and likely many others), this hashtag mocks #BlackLivesMatter by continuing to devalue and dehumanize black victims of police violence.

“I mostly block and delete and keep it pushing,” says Cullors, meaning she goes on about her life without devoting too much time to trolls. “It’s, like, way too much energy. I’m trying to fight much greater things than a troll on Twitter.”

She does spend time responding to misinformed people who are close friends, she says, and these conversations may end with them agreeing to disagree.

Men of many races have targeted Cullors, a queer woman, blasting the movement for focusing on black LGBT issues. She holds herself accountable in educating black people, but her boundaries are against inciting violence.

Civil-rights activist DeRay Mckesson’s popularity comes at the cost of trolls constantly attacking him on Twitter. Back in June, the hashtag #GoHomeDeRay started trending the weekend following the Charleston church shooting, when he arrived in the city.

“I’m thankful for my friends and the healthy relationships that make the hard days easier,” says Mckesson, who is mindful of a troll’s purpose to distract and make him defensive.

I woke to see the trolls made #GoHomeDeray trend.

Home is where my people are, or where they've built. I am home. pic.twitter.com/hFBciAwKn6

I have a committed troll base. And this photo that I just stumbled across might be one of their finest. pic.twitter.com/1pcfAFa2Z9

“I think it’s so personal because one of the challenges is you still have to keep seeing it like even when you block it,” he says. “I already read the message, and then I block them. I think people experience the content of the message differently.”

Newton responds to trolls “sometimes, with humor,” she says. “Or I’ll just ignore the trolls altogether. They really hate being ignored.” Overall, however, Newton advises against engaging. “Use the block button if necessary,” she says. “Ignore with all your might, unless there’s a direct threat to life. Then report.”

Cullors says the focus should be on team building, not trolling. She recommends that black and LGBT organizers work together and develop relationships with people outside their identity groups to educate people, rather than giving attention to trolls.