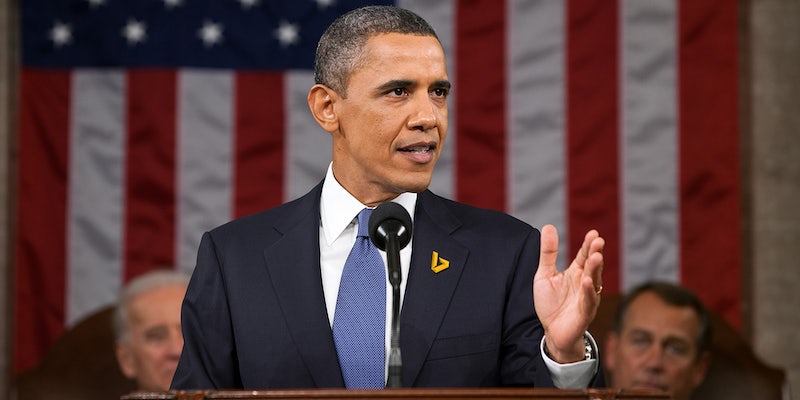 The only thing people love more than watching the State of the Union is criticizing it online. This year, Bing and two cable networks want to give those loudmouths an ever bigger platform.

The Microsoft search engine, which has struggled to stay relevant compared to Google, is once again deploying its Bing Pulse social-sentiment tool to let people weigh in on what President Obama says during his address at 9pm EST on Tuesday, Jan. 20.

“Bing Pulse’s voting technology will be available for viewers to agree or disagree with what the president has to say, and the results of the nation’s sentiment will be shared instantly,” the Bing team said on the product’s blog.

Bing Pulse provides users with the ability to share their opinions in real time during the president’s speech, and both CNN and MSNBC will use commentary from Bing Pulse in their coverage of the event. On previous occasions, CNN has presented Bing Pulse chatter on its Magic Wall. MSNBC is a new partner in this effort.

Bing asks users to provide basic information like gender and political affiliation, and it uses that information to aggregate the results of its users’ comments in detailed ways.

“With a click of the mouse or tap of the screen,” the Bing team explained, “audiences can ‘pulse,’ or weigh in, on how they feel as often as every five seconds.”